Wordless Wednesday: Hopefully, These Are The Last Snow/Ice Photos I Take Until Next Winter 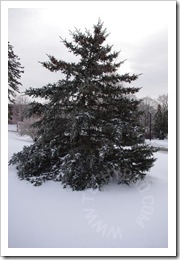 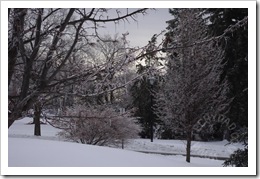 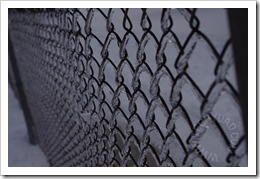 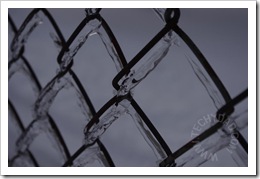 Is Winter Over Yet?

On Thursday, I was cleaning off my car when I slipped on some ice.  My legs went down under my car while the rest of me fell into the snowbank.  I was unhurt (or so I thought at the time) but had trouble getting up due to the slick surface under my feet.  I finally got out from under my car, dusted off my pants, and headed into work.  Unfortunately, my “unhurt” status changed over the course of the day as my neck/back began to hurt.  I realized that I must have wrenched it on the way down.

On Friday, we got at least nine additional inches of snow.  The following morning, I took some photos of the beautiful landscape. 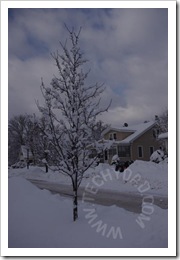 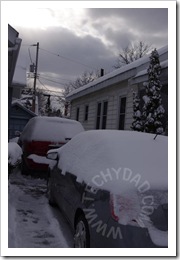 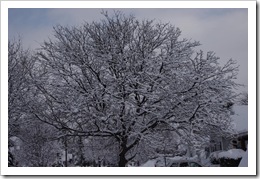 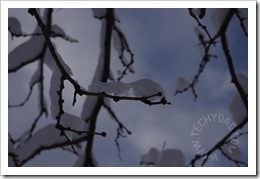 Then, we went to B’s parents’ house.  Their driveway had been plowed and they had a mountain of snow in their backyard.  The boys and I had fun playing in the snow for a couple of hours. 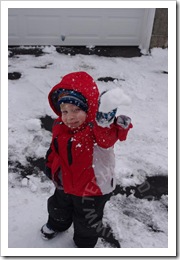 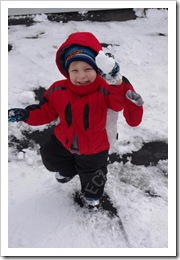 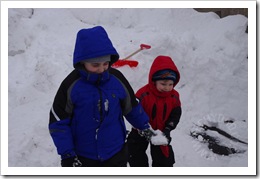 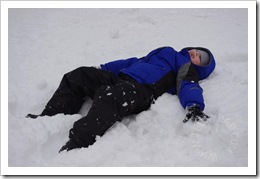 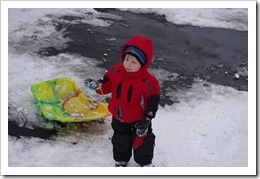 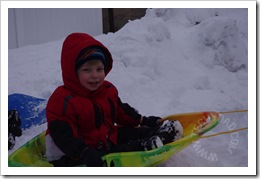 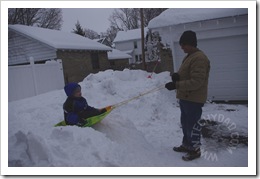 While this was fun, we’ve also had our gutters fall down from the weight of the ice on them and our seasonal snowfall totals are over 77 inches.  (Normal snowfall for the entire season is under 49 inches.)  The sea of white makes for driving difficulties (narrowed roads, trouble getting out of our driveway, blocked views when going around turns) and blinding reflections.  I’m ready for these piles to melt (even though I know we’ll have a flooding/muddy mess for awhile) and for the warmth to begin.  It’s March now.  Is it Spring yet?

This post is a day late thanks to a lot of Birthday excitement. And by “excitement”, I mean things going wrong left and right. The plan for B’s birthday was to drop the kids off at her parents’ house and then go out to eat. B had even decided that we would go to a nice Japanese steakhouse for her birthday meal.

Then the excitement arrived and our plans went out the window.

END_OF_DOCUMENT_TOKEN_TO_BE_REPLACED

During lunch today, I decided to take a walk with my camera.  I captured many shots of the icy world outside including frozen cherries and a broken tree limb.  Here are some more photos:

Last night, while walking to my car, I noticed some ice formed on the sidewalk.  Unfortunately, I didn’t have my boots on, just my dress shoes.  Those don’t have any traction on ice, so I took it slow.  I made it to my car, chipped my car out of it’s ice coating, and drove home carefully.  Luckily, I had some crockpot chili (I’ll post the recipe another time) and some cornbread muffins made.  That made for a nice, warming dinner.

Unfortunately, however, our night was rough.  I skipped my daily WiiFit workout to help maximize my sleep time, but that didn’t help much.  JSL woke up early and wound up in our bed.  Then the power went out.  Twice.  Finally, morning came and I reluctantly moved out of bed to get ready for work.  B re-informed me that NHL’s school was cancelled.  (She had told me at 6am when it was announced, but I was half-asleep and didn’t really hear her even if I answered her.)  A quick peak outside confirmed that I’d be into work late.  Half of my office was in work late.  The other half didn’t come in at all.

I chipped my car out of the ice, realizing that it wasn’t *too* bad, but that the roads could be bad.  The drive in was mostly uneventful.  The roads weren’t too icy.  Simply driving slower and giving your car a bit more stopping distance was all that was required.  There were plenty of tree limbs down, though.  One large one near my house had crashed down on the homeowner’s car.  Another two near my work were blocking off a side street.  (A side street about two cars wide, mind you.)  Then, while waiting at a light, the tree across the street lost a branch.  As I watched it fall, I made a mental

I took some photos of the outside of our house and near my work.  I thought about attempting to get near some of the downed branches, but reconsidered, so no photos of those.