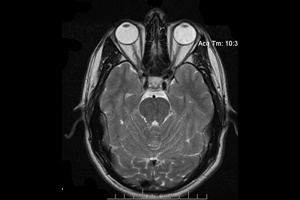 They say that when it rains, it pours. Recently, my body has been “pouring” when it comes to medical issues. (I’m going to tell these stories one at a time, but all of these were overlapping with each other chronologically.)

It all started when my mother had back surgery in the beginning of October. She’s fine, but during her recovery she wasn’t going to be able to bend, twist, or lift anything. My father, meanwhile, has medical issues of his own which limited him helping my mother out. I took a trip to my parents’ house to help out. I vacuumed, cleaned the bathrooms, cooked them dinner, and more. After vacuuming, I noticed my arm was hurting. I wrote this off as having just worked too hard cleaning their house. I was sure that the pain would go away in a few days.
A week later and the pain was still there. A month later and it remained. As the two month mark approached, this became to be more of an issue. Putting my coat on resulted in severe pain and the weather was getting colder. What’s more, little actions (such as using my computer mouse) didn’t hurt my arm themselves, but a day’s worth left my exhaust arm aching and exhausted. I saw a doctor and eventually got a diagnosis: bursitis. He gave me a shot of cortisone. This helped pretty quickly, but was only a short term solution. Long term, he prescribed physical therapy to help me overcome this issue.
Then, a couple of weeks ago, I was making dinner when it felt like my back locked up. The pain was unbearable. I actually collapsed to the ground and was in tears because the pain was so bad. Even breathing hurt. We had an important school meeting to go to that night. I gritted my teeth and attended despite the pain.

The physical therapist identified my arm/back issues as being at least partly due to poor posture. Decades of being hunched over a computer screen were coming back to haunt me. The physical therapist gave me some exercises to do to help. With luck, I still will be able to correct my back and arm issues before they cause more permanent damage.

I’ve had breathing problems all my life. A few years ago, I had surgery to correct my deviated septum. This helped immeasurably, but lately I was having more trouble breathing. My ENT noted that the walls of my nose were collapsing in as I breathed. She advised me to get a Latera implant. This goes in the wall of the nose and props the nostril open. I had the procedure done at the end of October. A couple weeks later, I felt something odd on my nose. One of the implants was coming out. I had emergency surgery the next day to remove it. Then, a couple of days ago, I had another surgical procedure to put it back in. So far, this one is staying in place. My breathing is better now even if my nose is still sore from time to time.

A few weeks after my visit to my parents, I noticed an annoying ringing sound coming from the lights. As I moved from room to room, I realized that the ringing wasn’t coming from any light source. In fact, I could turn off all lights and still hear it. Some days, the ringing was barely there, but others it would drive me crazy. What seemed to make it worse was that I only heard it in my right ear. Nothing I did could make it go away. It was always there.
During one of my ENT visits for my nose, I asked about my ear. My doctor prescribed a hearing test. I dreaded that test for one reason: I was convinced that the ringing would disappear that day and they’d say that it was nothing. Thankfully, the ringing was actually pretty bad that day. The test showed hearing loss in my right ear.
Next, my ENT had me get a lyme disease test as well as an MRI to rule out lyme disease and issues with my brain. The good news is that those aren’t issues. The bad news is that the only treatment for my tinnitus is a hearing aid – which I go for next week. Yes, I might be a 42 year old with a hearing aid. Then again, when compared with the prospect of constant ringing in one of my ears, I’ll take the hearing aid.

This one was supposed to be a routine eye exam. I get them every year to tweak my glasses. I had noticed that the computer screen was looking fuzzier lately. (This caused me to lean in to read it better. See: Bad Posture and my arm/back pain.)
The appointment went normally enough at first. The doctor did tell me that I needed bifocals. I’ve been told that this was coming, though, so it wasn’t a huge surprise. No, the surprise came next when the doctor told me I might have glaucoma. Not full-fledged, lose your eyesight glaucoma, but the very early stages of it. I’m in the process of getting my eyes examined by an ophthalmologist now to figure out whether or not this is glaucoma and, if it is, how to treat it. My job relies on my eye sight. It would be very hard to program if I can’t see a computer screen!
With all of these medical issues closing out 2017, I’m certainly hoping that 2018 will be a quieter year – both medically and “ringing-wise”. I’m only in my early fourties. I certainly shouldn’t be falling apart just yet. As it stands now, I’m just one diagnosis away from grabbing a cane, sitting on my porch, and yelling at kids to get off my lawn!