The Adventures of Super Kid

Faster than a speeding toddler.
More powerful than a toy locomotive.
Able to leap small stacks of blocks in a single bound.

Yes, it’s Super Kid – strange visitor from another planet (at least he seems like it sometimes) who came to Earth with powers and abilities far beyond those of mortal men. Super Kid – who can change the channel on mighty televisions, bend Play-Doh with his bare hands, and who, disguised as NHL, sometimes mild mannered child of TechyDad and TheAngelForever, fights the never ending battle for Truth, Justice and More Time Watching Noggin. 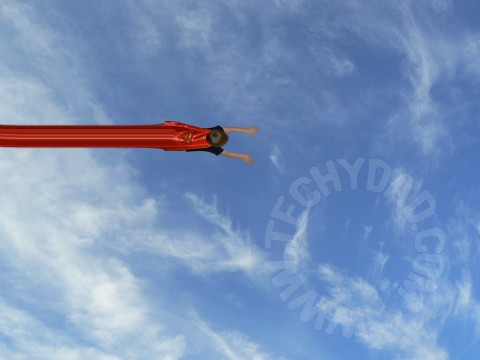