I love cooking.  You can probably tell that from my Cooking With TechyDad segments (which I have been, admittedly, slacked off on).  I love to try new recipes and even new foods.  However, this urge to try new things doesn’t always work well with a six year old and a two year old.  NHL would be happy if I just microwaved chicken nuggets half the time and made pizza the other half.  JSL would be delighted if we served him Macaroni and Cheese seven days a week, three meals a day.

Obviously, I’d like them to learn better eating habits than chicken nuggets, pizza and macaroni and cheese, but getting them to eat other things can be an uphill battle – even when the food is something they like.  Recently, I made a recipe from Sneaky Chef’s new cookbook The Sneaky Chef to the Rescue: Mexican Muffins.  Basically, the recipe is eggs and cheese baked in tortillas pressed into a muffin tin.  Unbeknownst to NHL and JSL, however, I had added a cauliflower/zucchini puree to the mix.  You can’t taste it, but it adds some additional nutrients.

The first batch went well until they discovered peppers from the salsa the recipe called for.  The next batch, which I just made Thursday night, omitted the salsa but wound up being rejected "just because."  JSL picked as his meal and eventually, with my help, ate some of his eggs.  NHL, however, decided that he didn’t want eggs and hooted and hollered for an alternative. We refused (knowing that he likes eggs) and he continued to scream.  We do provide alternatives when we know dinner is something he doesn’t like, but he doesn’t get alternatives if dinner is something we know he likes.

Sending him to his room to calm down didn’t help.  The screams coming from the other room included some choice quotes like "you need to go to jail" and "Mommy and Daddy should be arrested" (presumably for not catering to his every whim).  This tantrum was partially fueled by his allergy medicines and partially by him being tired, but dinnertime temper tantrums (or at least refusals to eat) seem to be getting more common.

My Aloha Friday question is:  Is your child a picky eater?  What do you do when your child demands something different from what you’ve prepared?  How do you defuse an all-out temper tantrum?

By the way, a full Cooking With TechyDad on the Mexican Muffins and a Sneaky Chef book review are in the works.  For now, I’ll tease you with this photo: 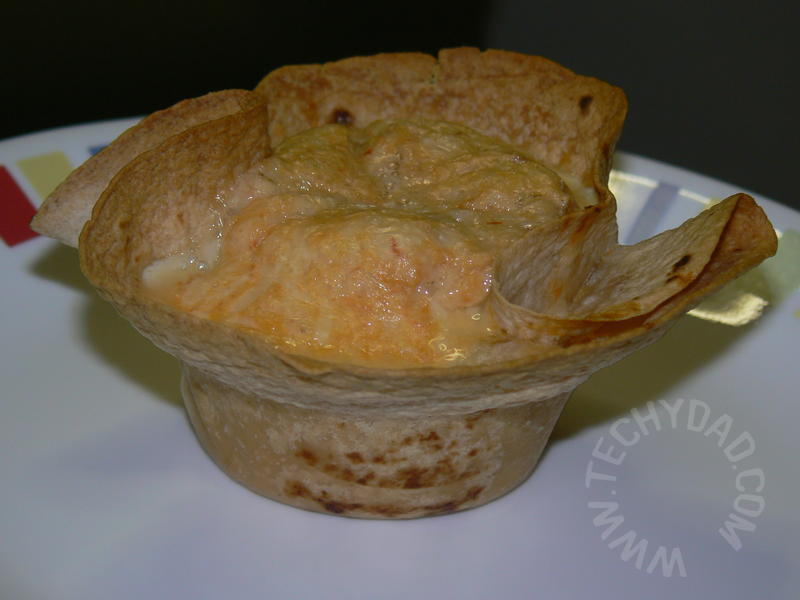