A Big Heroes/BuddyTV Thank You

A few weeks ago, BuddyTV ran a Heroes contest. I entered and was quite surprised to learn that I won. Not too long afterwards, a box arrived at my doorstep with some Heroes goodies. 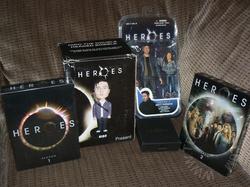 Let’s go through these one at a time, shall we? First off are the Heroes Season 1 and Season 2 DVD sets. 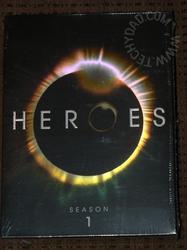 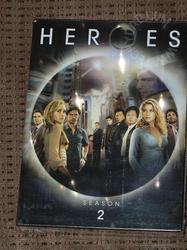 Also in there was a Matt Parkman action figure (as well as Molly Walker). Parkman is, of course, played by the fantastic Greg Grunberg. 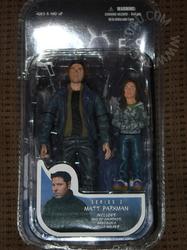 Next up is a Hiro bobblehead. In Season 1, there were two “Hiro” characters. One, from the present, was a geeky sort of guy who wore glasses. The other, from the future, wore no glasses, had a goatee, and had a more kick-butt attitude. The bobblehead captures both Hiros nicely. 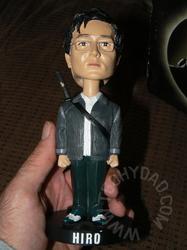 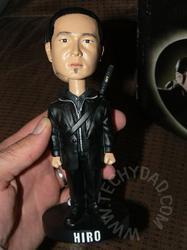 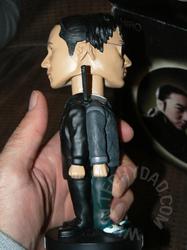 Finally, there was a necklace. But not just any necklace. Heroes fans will recognize this as the necklace worn by the mostly-silent, memory erasing friend/co-worker of Mr. Bennett (aka Noah, aka HRG): The Haitian. 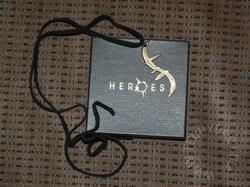 All in all a great prize package. Thanks again, BuddyTV!