While I go off to work, my wife gets to stay home with the boys. While this means that she gets to have fun with them more than I do, it also means that she gets to be there during the "challenging moments." She needs to deal with these moments alone over nine hours a day, five days a week. It is easy to see how one could get burned out. So I like taking the boys out every now and then for "Guy Time." Sunday was one of those days. (B did laundry then, but at least she didn’t need to take a break from the laundry to break up a fight or send NHL to his room.)

First up was the grocery store. We needed some food for the coming week and so I had made a list all ready. Unfortunately, I forgot that list at home. No problem, though. Text messaging to the rescue. B texted me the list and I checked my phone from time to time to get everything we needed.

After the grocery store, we quickly stopped back home just to drop off the groceries. Then it was back out. This time, the boys and I went to the playground so they could let off some steam. The minute we got out of the car, they took off towards the slides and didn’t stop until we left. I’m going to miss playgrounds when the snow falls.

Like I said, they first went down the slides. 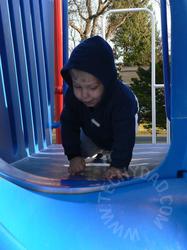 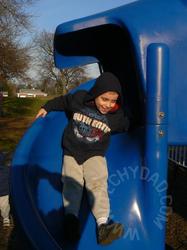 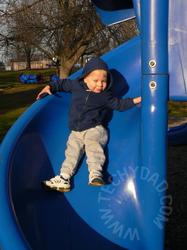 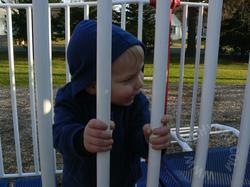 Next. we went to some tunnels they had. 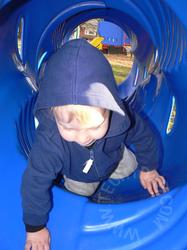 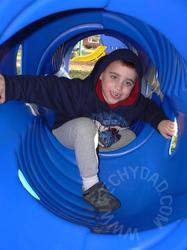 Once they were done crawling through the tunnels, JSL rode in a plane while NHL sat atop a dinosaur. Eventually, NHL joined JSL in the plane. 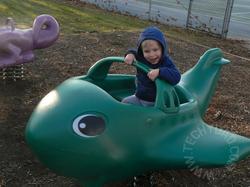 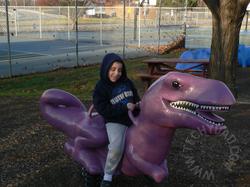 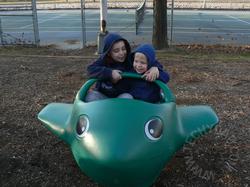 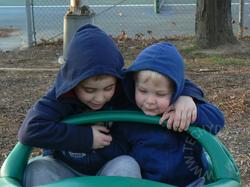 Then a quick trip to another set of slides. 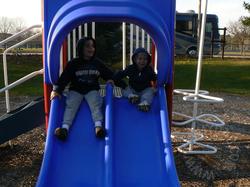 And next, it was swing time. 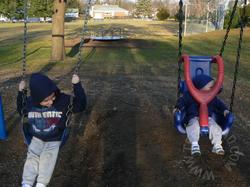 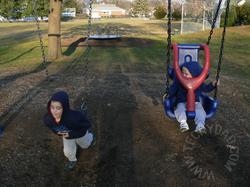 At one point, I got on the swings myself and decided to shoot video… a rather nausea inducing video. Watch at your own risk.

After the swings, we went on the spinner and got a bit dizzy. 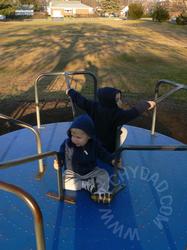 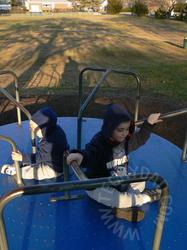 Then, after a failed trip to the "big slides" (failed because they were too wet to slide down), the boys climbed a tower. Ok, NHL climbed a tower. JSL flew up to the top (with a little dad-assist). 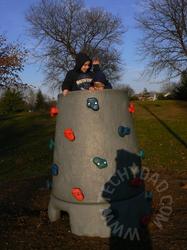 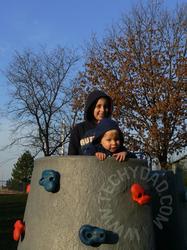 Finally, it was back to the original slides for some more sliding fun. 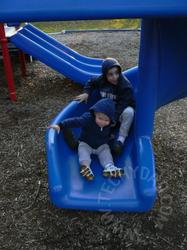 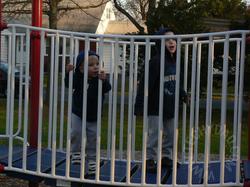 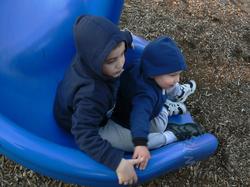 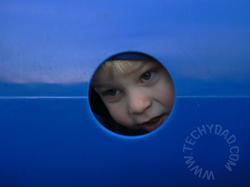 Reluctantly, they bid farewell to the playground and followed me back to our car to head home. How I love Boys Day Outs!