When it became apparent that my grandmother was going to pass away soon, my mother asked me what items of hers I wanted. I honestly couldn’t think of anything. There wasn’t a single item that I wanted to hold onto to remember her. This wasn’t because I didn’t want to remember her, mind you. It was because no vase, necklace or other bauble seemed to readily bring her to mind.

Instead, an idea popped into my head. Her photos. I wanted her photos. Of course, it would be unfair of me to get all of her photos. However, it seemed equally unfair for the photos to be divided amongst her 2 children and 5 grandchildren. Everyone would get a piece of our history, but not the whole thing. I decided to take it upon myself to scan her photo collection. This way, everyone could get a complete set of photos (scanned) and could get a few originals as well. The collection would be both divided and stay complete at the same time.

I began to investigate scanning companies. At first, I leaned towards ScanCafe. They came highly recommended and they had the resolution that I wanted from my scans (600dpi), but then I found out that they ship their photos to India for scanning. They claim to have never lost a single photo. That may be true, but the thought of mailing my photos to a company only to have them mailed off overseas made me too nervous.

Next up was ScanMyPhotos. They are located in the US and promised next day turnaround. They are also very active on social media like Facebook and Twitter. In the end, though, they didn’t have the resolution I was looking for (300dpi instead of 600dpi) and mailing my grandmother’s photos just made me too nervous.

So my cousins, uncle, sister and parents all chipped in and helped me purchase a new scanner – the Epson Perfection 4490 from NewEgg.com. (My old one wasn’t up to the task.) After a short while, I was up and running. The process took definitely took me much longer than ScanMyPhotos or even ScanCafe would have taken, but I’m a do-it-yourself kind of guy when it comes to this stuff.

I scanned all of the photos and put together DVDs for my relatives. I even typed up a document with information written on the fronts and backs of the photos. It all worked out so well that I’ve moved on to B’s family. I’ve already scanned a few old photos for B’s grandmother and want to move onto more. I also want to figure out how to scan some paintings that my grandfather did. (The canvases are stapled into the frames making the job tricky.)

In the end, my one regret with the process is that I didn’t do it sooner when my grandmother could have told me the stories behind some of the photos. Some of the photos just scream "there’s a story here", but sadly those stories are forever gone.

I’d highly recommend raiding your parents and grandparents photo albums and scanning in as many photos as you can. If you’re not up to the task of doing it yourself, go with ScanMyPhotos or ScanCafe. Then talk with as many people in the photos as possible and get the stories behind the photos. Video the person, if possible. Or else simply write down the tales. Make copies of the whole thing and pass them around to family members. These photos and stories are priceless artifacts of where you’ve come from and are much more important than some inherited vase.

I’ll end with a few of my favorite photos in no particular order. Click on them for bigger versions and for descriptions. 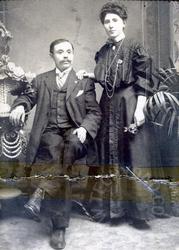 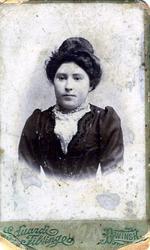 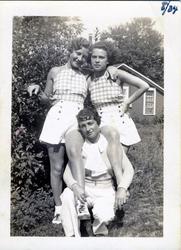 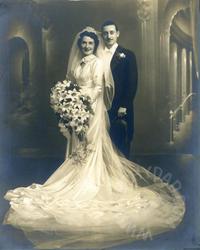 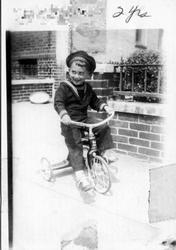 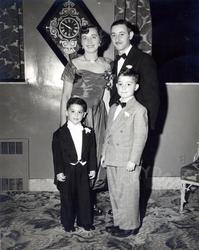 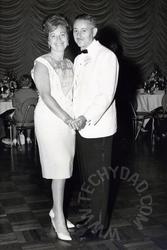 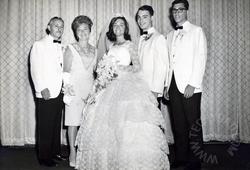