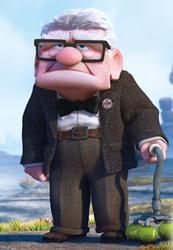 At work today, I felt pretty stressed out. A deadline was looming and a server was just not cooperating. As I walked out of my office, at around 1:15 PM, I suddenly felt a sharp stabbing pain in my upper back and neck. I could feel all of my muscles in there spasming.

Now, I’ve had muscle spasms before. I get them from time to time, mostly due to stress and mostly limited to the muscles under my right shoulder blade. (Don’t ask why it is that specific, but it is.) This was different, though. Instead of moderate pain, this was extreme pain and instead of being limited, it was much wider in scope.

I stayed still for a few minutes, hoping it would pass, but no such luck. So I slowly made my way to my bag where I was sure I had some advil. More bad luck. No advil. I searched through all of my desk drawers and bag pockets but couldn’t find a single pain reliever. I asked around and no coworkers had any. Finally, one of my coworkers had some and I took it hoping for some relief. By now, the spasms had lasted almost an hour.

I spent the rest of the day feeling like an old man. I shuffled back and forth slowly. I thought ahead before opening any door to plan out the least painful way of doing it. I winced upon getting up and sitting down. I even felt hunched over as my tightened, still slightly spasming muscles refused to let me stand up straight.

Later that night, JSL demanded to see Up on Roku / Netflix. We watched (well, I watched while JSL ran around playing) as Carl Fredicksen fought hard to get his house to Paradise Falls. I’ve often found that I’ll get so engrossed in a movie and identify so much with a character that I feel like that character after the movie is over.

Can you see where I’m going with this? Yes, I found that I had identified with Carl. I even found myself reaching for my cane once or twice before my arm realized that I don’t use one. I’m only in my mid thirties. I shouldn’t be feeling like this.

I tried consulting a medical expert… and by that I mean JSL, who upon hearing of my pain, grabbed his stethoscope and said “Dada, me gonna be doctor!” That didn’t help. So here I sit with JSL typing up this post and trying to ignore the pain in my neck and back. After JSL goes to sleep, I’ll try a nice, hot shower to see if that’ll relax the muscles. If not, maybe a good night’s sleep will do it. Worst case scenario, I’ll find a cane with some tennis balls on it. Now, if you’ll excuse me, I need to yell at some kids to get off my lawn. Annoying whippersnappers!