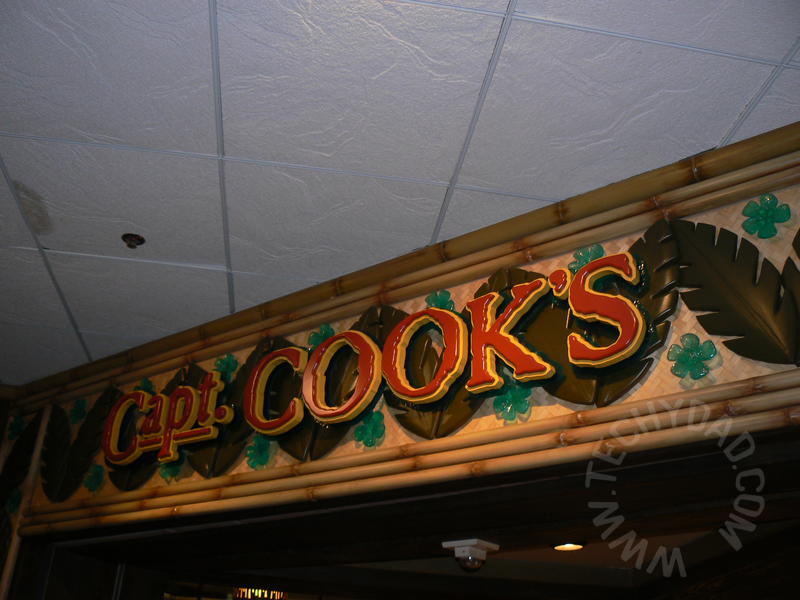 Friday morning, February 12th, B went with Christina to some DisneySMMoms events. Tom and TJ (Christina’s husband and son) were going to spend the day with NHL, JSL and I in the Magic Kingdom. First, we needed breakfast and I had just the thing…. Tonga Toast at Captain Cook’s! 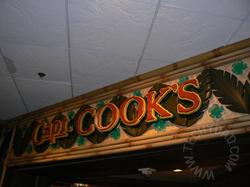 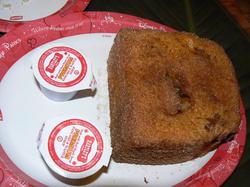 Ok, I had Tonga Toast. NHL had a bagel and JSL had a chocolate chip muffin. They don’t know what they were missing! After we finished our breakfast, NHL, JSL and I headed to the Magic Kingdom. Once there, we called Tom and TJ to see where they were. They said they’d be by us in a few minutes so we killed time by watching the St. Francis High School marching band and by drooling over the sweets in the Main Street Confectionery including some huge rice crispy treats. I especially liked seeing the strawberries freshly dipped in chocolate. 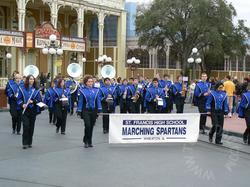 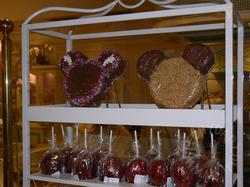 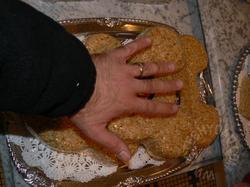 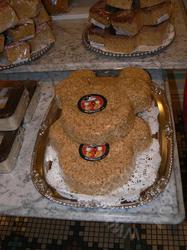 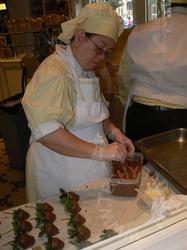 After we met up with Tom and TJ, we headed over towards Fantasyland where we saw Winnie the Pooh and Tigger. As we waited in line, they left and only Pooh returned. Then, the rain started. It was a light drizzle at first, but Pooh soon needed to take refuge under an umbrella. 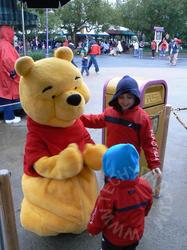 After this, it was time for the Winnie the Pooh ride followed by the Small World ride, two of JSL’s favorites… and TJ’s too, I believe. At this point, the rain was really coming down. We headed to the Tea Cups and somehow fit the three boys, two grown men, and all of our bags into one cup. 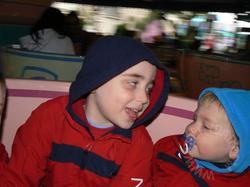 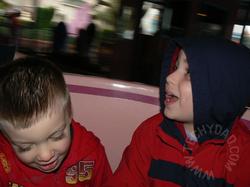 After a little walk, we wound up in Mickey’s Toontown Fair where we looked through Minnie’s house, Mickey’s house and the Judge’s Tent. In the latter, we got to meet Mickey and Minnie again. 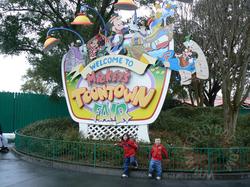 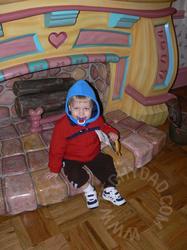 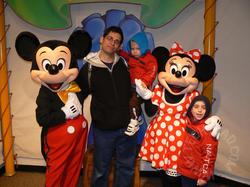 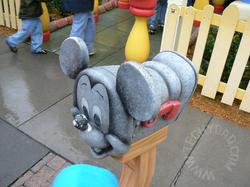 As I went with JSL to get the stroller, Tom took TJ and NHL on the Goofy’s Barnstormer rollercoaster. Yes, in the rain! 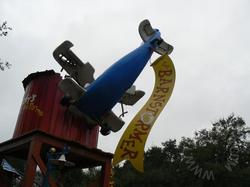 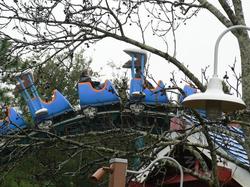 We were all hungry so we considered lunch options. We opted for Pinocchio’s Village Haus. Unfortunately, after lunch, the rain started coming down really hard. The boys complained, wanting to go to another park instead of heading back to the hotel room. I insisted that we needed to dry off a bit and even resorted to shameless bribery. Approaching the exit to the Magic Kingdom, I stepped in a puddle and the water went through my shoe and sock as if they were made of dry sponges.

A soggy monorail trip later, we were back at the Polynesian where I let the boys pick out some bribery rewards. Once back at the hotel room, we all stripped and I tried to dry our clothes using the hotel hair dryer. I wasn’t too successful and soon became worried because we needed to be at Hollywood Studios that night for a DisneySMMoms event.

I exchanged text messages with B and we got our messages crossed. She needed to head back to the hotel room, but I somehow (in the stress of the event) thought she meant she would meet us in Hollywood Studios. So I got the kids dressed in their mostly dry clothes. Of course, mine were still damp as I focused my efforts on their clothing. We got to Hollywood Studios and waited for B at the Animation Studio.

Of course, she had headed back to the hotel room expecting us to be there. While she got changed and headed to us, we took refuge inside and realized we hit the jackpot. Apparently, when the rains started, they moved all of the Hollywood Studios characters into the Animation Studio. We got signatures from Meeko (#28, Pocahontas was there too, but we got her signature previously), Aladdin and Jasmine (#29 and 30), the Queen of Hearts (#31) and the Queen from Snow White (#32). The latter, NHL mistakenly called “the evil step mother” to which she corrected him that she wasn’t really evil, just misunderstood and not to listen to those lying dwarfs. (She really got into character… perhaps a bit too much for literal children!) We also got our photo taken with the Up characters again (minus Carl Fredicksen). 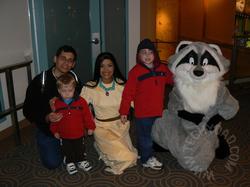 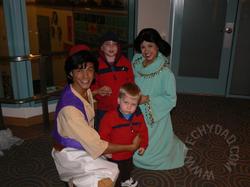 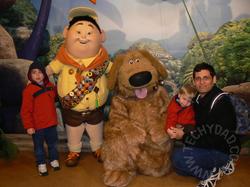 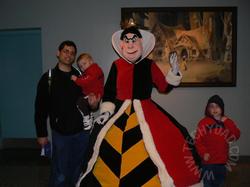 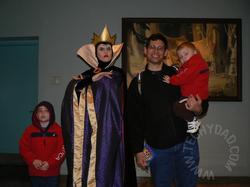 NHL also found a book that he wanted which showed how to draw all the Disney characters. Since, B was coming soon, I told him to wait until she arrived. Once she did, we talked it over and decided to buy it for him. He was so excited. (Note To B: This might be a good thing to do with NHL during summer vacation!) With our family together again, we headed over to the DisneySMMoms event for our last night at Disney.