Putting Kung Zhu Through Its Paces 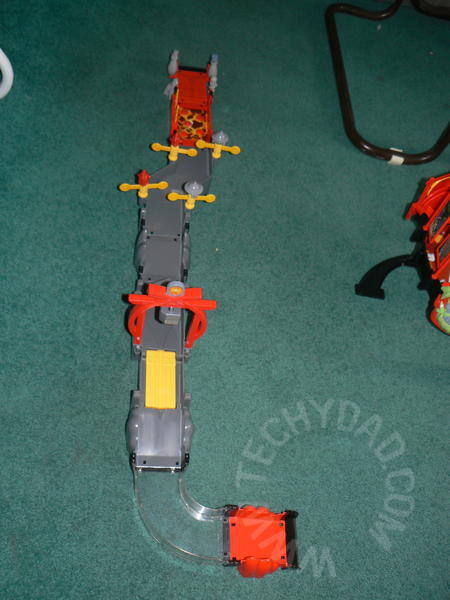 As B posted about on Sunday, we recieved a big, BIG box of Kung Zhus to try out/throw a party with/give away. I struggled to put the tracks together, not because it was hard to do so, but because I was trying to make a self-contained system for the Kung Zhus to run around in. Eventually, I gave up on this idea. The resulting track was too unweildy and sections would be inaccessible. 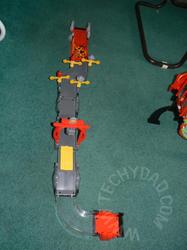 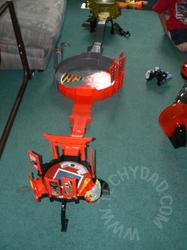 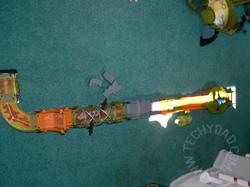 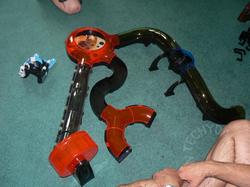 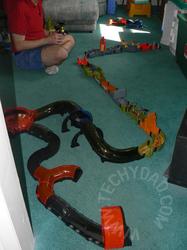 I got the idea of filming a Kung Zu’s eye view of the track as one of the little guys powered through. That proved to be impractical, so I just did an overhead video instead. Here’s Stonewall being put through the paces.