The Adventures of Disco Man and Fire Guy

JSL and NHL love superheroes. From Batman to Iron Man to Spiderman to Ben 10, they love watching and acting out the exploits of various superheroes. So they both loved it when I introduced them to Hero Machine. They each had a blast creating their own superhero identity.

First, JSL made himself into Fire Guy: 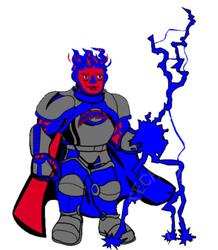 He was quite adament that Fire Guy be blue and have a cape. Those were non-negotiable. I’m guessing his powers include the ability to throw fire around.

Next up was NHL. He came up with Disco Man: 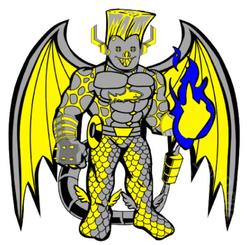 When I asked why "Disco", NHL replied that it was because of his eyes. They looked like disco balls. (I pointed out a disco ball one time when we bowled a month ago. Good recollection!) He also declared that Disco Man had the power "to die sharks." I’m not sure how useful that power is in the day-to-day life of a super hero. If there’s an evil Shark Dude villian out there, he’d better steer clear of Disco Man.

Of course, I couldn’t let them have all the fun. I designed a superhero for myself and B. Now, we’re a superhero family!

Now, if you’ll excuse me, I believe some evil needs to be vanquished! TechyDad, away!