After we got checked in and settled in, it was time to get ready for the night’s events. B had a Toy Industry Association event and CutestKidEver was going to the BlogHer 2010 parties. I meanwhile, had a Ralph Lauren event to attend, but for dinner I was on my own. I wandered around the streets taking photos and looking for a good place to eat. 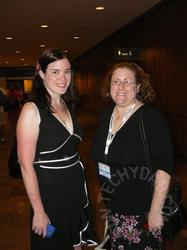 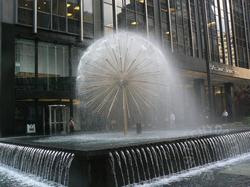 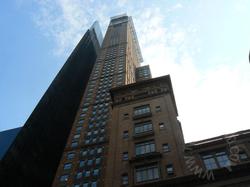 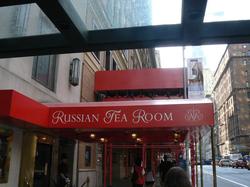 I finally settled on The Great American Health Bar. As I walked in, I noticed a mezuzah on the wall. Was this place Kosher, I wondered? Yes, yes it was! (Not that that mattered, but it was a nice surprise.) 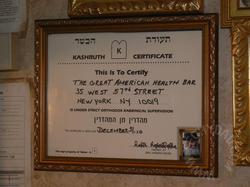 I sat down, looked at the menu and decided to order the Tuna Burger. This was canned tuna fish mixed with mashed potatoes, veggies and beans, fried in a patty, covered with cheese, placed on a bun and served with a side salad. It was delicious and I will definitely be replicating this! 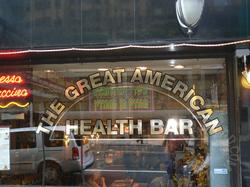 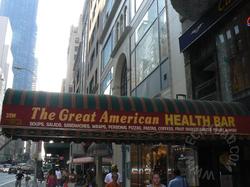 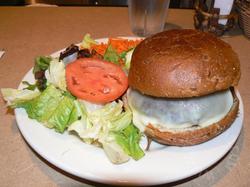 After eating, I headed back to my room and killed time before getting ready to go to the Ralph Lauren event. I headed down and wound up being the first person to arrive. I waited as more people came and then we headed out. On the way, I connected with some other bloggers and we chatted for a bit. Here, I must apologize. I am horrible with faces and names. Since I can’t remember everyone’s name (though I still have all of your business cards, I’m not going to name the names of anyone I met – with one exception coming up later.

We were served some hors d’oeuvres, drinks and mini-cupcakes. David Lauren (Ralph Lauren’s son) came out and gave a speech about his father. We were told about how Ralph began (selling homemade ties from a drawer at the Empire State Building) and about their newest initiative. This takes the form of a children’s story book and video titled “RL Gang.” 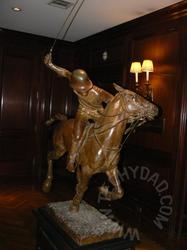 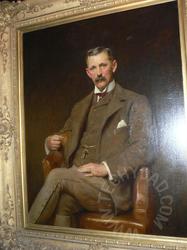 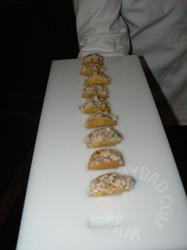 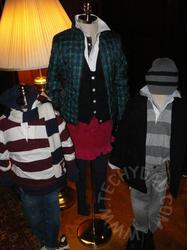 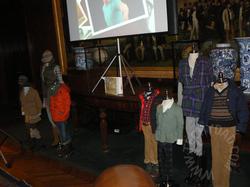 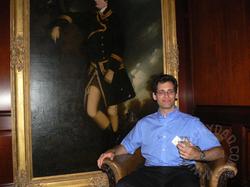 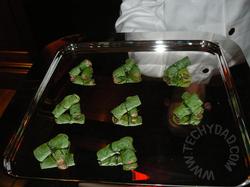 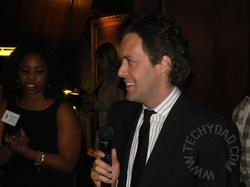 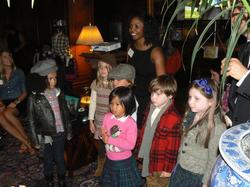 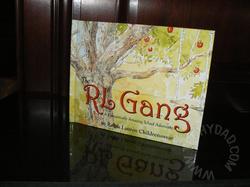 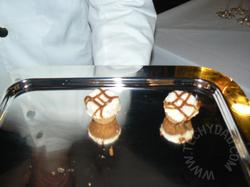 Before seeing the video, though, a group of kids came out dressed in the RL Gang clothing line. They were incredibly cute and posed for a few photos before sitting down to watch the video. The video itself involved a group of kids, similar to the kids who were with us that night, attending a very special class and a magical trip to help a tree. I won’t spoil the ending, but it was very cute. I could definitely see my kids enjoying a series of these videos.

While there, I got to meet (and here’s the one name exception): dadarocks aka Adam Cohen. We’ve worked together for the past few months on DadRevolution.com, but we had never met in person. We talked quite a bit and in fact were the last ones to leave. We were sort of kicked out (but in a nice way) when the Ralph Lauren staff realized that they needed to close up for the night and that we were still there.

Before leaving, we each got a small bag of swag. Mine contained the RL Gang book, a USB drive (with product shots and a promo for the video which I’ll post as soon as I locate that drive) and some cologne. In addition, dadarocks handed me a Dora’s Big Birthday DVD and a car set. (I don’t have the exact name of the latter on hand… it was sort of a lego-type build-it-yourself product.)

When we got back to the hotel, dadarocks and I talked for a bit both to each other and to some other folks in the hotel lobby. Eventually, B texted me that she was going to get dropped off by the Sheraton and would like to walk back with me. I dropped my stuff off in the room, noticed we had gotten a room drop (including a Mr. Potato Head) and then headed over to the Sheraton. We walked back to our room and settled in, ready for the BlogHer excitement to officially begin the following day.