Mini-golfing and Fribbles with NHL 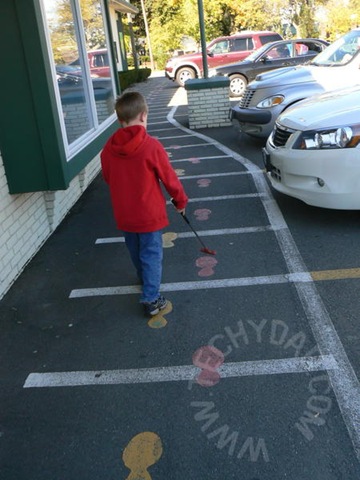 Our plans on Sunday changed rather quickly.  Originally, we were going to use our season passes to Six Flags one last time.  Then, JSL started coughing in his sleep.  His barking cough indicated that he was fighting something off which was aggravating his asthma.  We decided that bringing him to a big park where he would encounter a lot of germs was not the best idea.  So we split up.  B took JSL to her parents’ house to play.  Meanwhile, NHL and I went out for some father-son fun.

First, we went mini-golfing.  I had meant for us to go to the indoors mini-golf course that we have gone to before.  Instead, NHL insisted that he wanted to play on the outdoors one.  Considering that it was a nice day, decently warm (with jackets on) and sunny, I agreed.  We paid, got some balls and clubs and followed the footprints to the outdoors course. 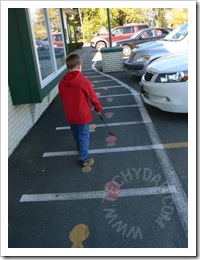 There were two courses.  The Castle Course (holes 1 – 18) and Knight Course (holes 19 – 36).  We opted to do the Castle Course.  During the golfing, NHL seemed to be in a rush.  He just wanted to go hole after hole to see what the next one had to offer.  I had to remind him to slow down, wait for me, and take his time.  It’s a good thing we weren’t keeping score.  Oftentimes, he wasn’t putting the ball so much as he was herding it. 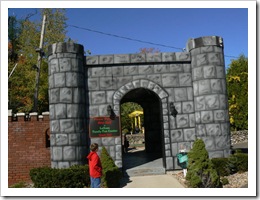 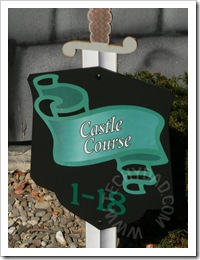 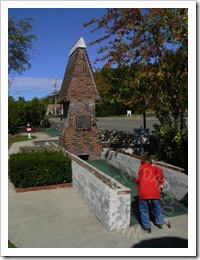 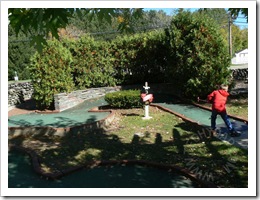 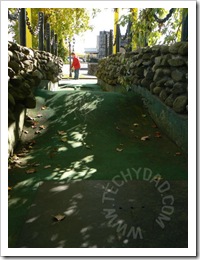 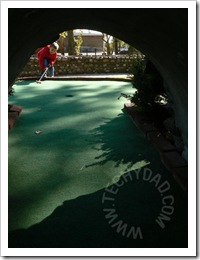 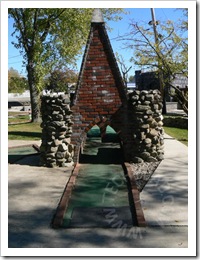 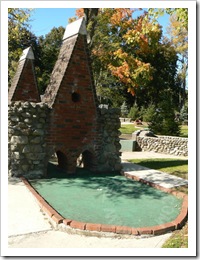 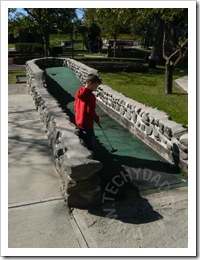 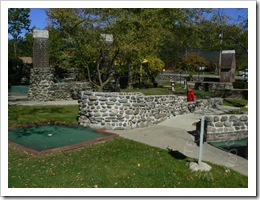 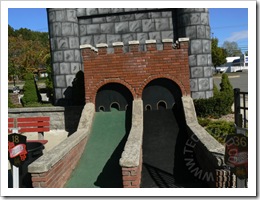 On the last hole, he – with my approval – resorted to using his feet to block the ball from falling back down.  I even helped him by kicking it.  Hey, that was a tough hole and we were having fun!  That’s the most important thing.

After we finished the 18 holes, we decided to walk the Knights Course.  No, we wouldn’t be playing it, but we could “preview” it and take some photos along the way.  Of course, we were careful not to interrupt anyone’s play.  There was a group in front of us at one point and I used this time to remind NHL to be patient and to keep in mind that their golfing experience was more important than our walk around the course. 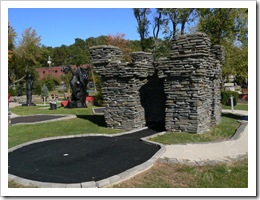 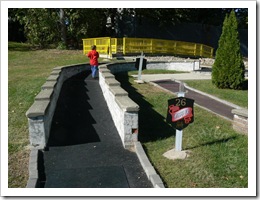 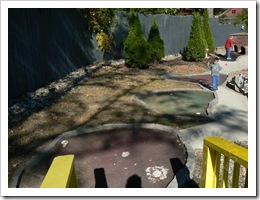 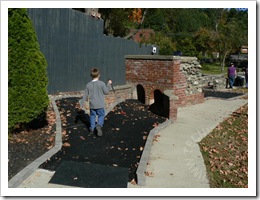 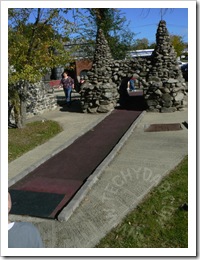 During the walk, we noticed a bunch of statues and I had NHL pose with each of them. 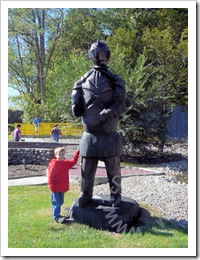 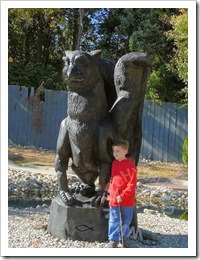 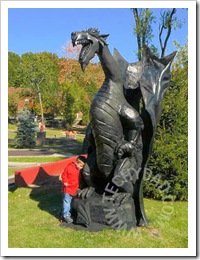 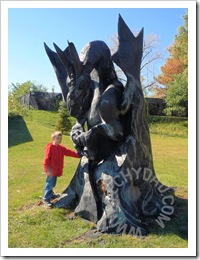 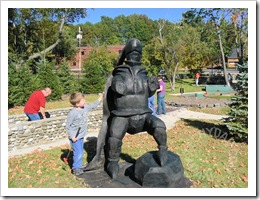 Finally, it was time to return our golf clubs (the balls automatically return after the 18th hole) and leave.  I intended to take NHL out for ice cream, but again plans changed.  I remembered that we had a Friendly’s coupon at home.  A quick stop at our house and then we were headed out.  The coupon was good for one free ice cream drink (Fribble, milk shake, etc) with the purchase of one.  NHL decided to get a strawberry Fribble.  I ordered a vanilla one.  The waitress returned with two strawberry Fribbles.  When I pointed out that I ordered vanilla, she apologized and offered to get me a new one.  I decided that strawberry actually sounded better and opted to keep the one she brought. 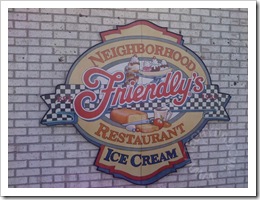 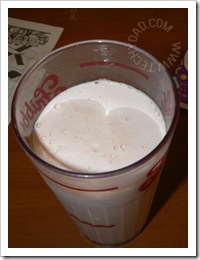 NHL and I had a great time talking and drinking our Fribbles.  NHL did complain to the waitress that their play mats were too easy.  I had to remind him that not everyone is as smart as he is and younger kids could use the mats.  Somehow, I don’t think restaurant coloring mats are designed for the gifted set.  (For her part, the waitress took the “complaint” in stride and thought that NHL was cute.  Yes, yes he is.)

There was another (delayed) upside to going to Friendly’s.  Since I tweeted photos of our trip on 10/10/10, I wound up being one of ten winners of Friendly’s 10-10-10 contest!  Looks like we’re going back to Friendly’s again!

Finally, we stopped at a nearby grocery store to pick up some supplies before heading home.  The only excitement there was spotting a Cabot car.  Nothing like a plaid car to liven up an otherwise ordinary grocery store trip! 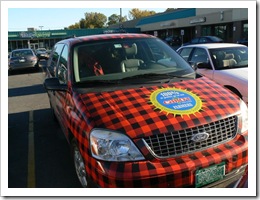 Maybe next time, NHL will go somewhere with B and I will take JSL someplace fun.  Or I could take both of the boys and B could have some quiet time.  Or B’s parents could take the boys and B and I could have a date night.  (Don’t get nearly enough of those.)  Don’t get me wrong, spending time with all of us together is great, but I also value time alone with my kids (either one, the other or both) and time alone with my wife.