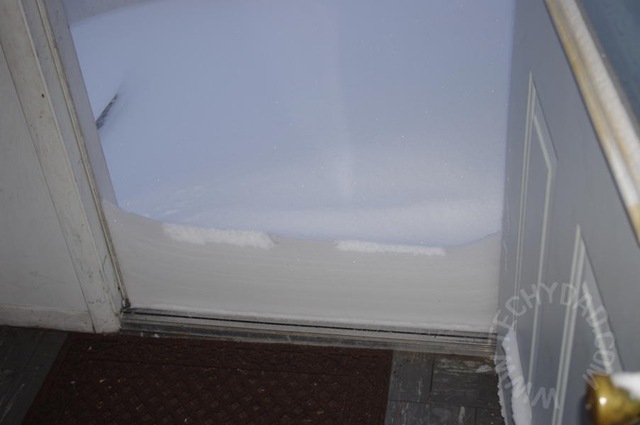 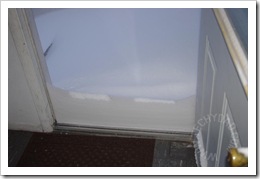 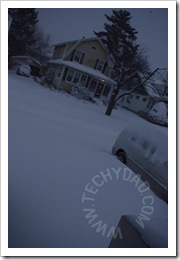 I called up and asked to work from home.  My boss allowed it, provided I could be productive.  I holed myself up in the bedroom with a laptop and a VPN connection while B kept the kids busy and relatively quiet.  Except for the occasional interruption when the boys forgot that I “wasn’t home” and was “in the office,” it worked out nicely.  I got a lot of work done and was able to take a shoveling break as well.

My first trip out shoveling led to my fingers going from cold to numb to hurting.  I took that as a sign that I should head in.  On my second trip out, I brought my camera for a few quick shots and then went back to shoveling snow. 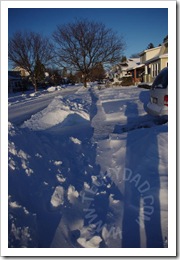 For one shot, I decided to send the snow a message.  I’m sure many from the Northeast would agree with me. 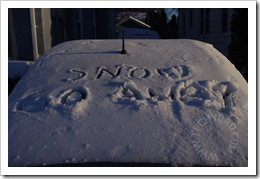 If you live in the snowy east, how was your Monday?