Geeking Out At Disney World With Vinylmations

While at Disney World, we introduced the kids to the wonders of Vinylmations.  NHL decided to get a Muppet Vinylmation.  He opened it up (video will be on its way) and out popped the Swedish Chef. 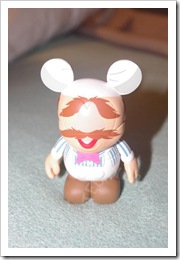 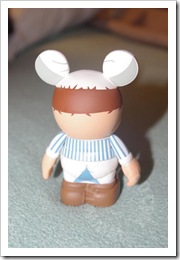 The next day, we stopped by Downtown Disney’s DStreet shop to get each of the boys a Vinylmation.  JSL was hoping to get Buzz Lightyear, but he wound up getting a Green Army Man. 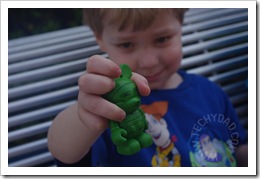 NHL, also opted for a Toy Story Vinylmation and found Wheezy in his box. 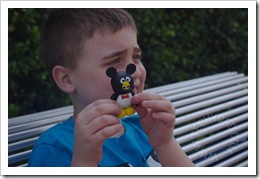 For my Vinylmation, I went the Geek route.  Disney has a line of geeky Vinylmations with glasses, braces and pocket protectors.  Since my favorite character is Goofy, I got him.  Now, I think Goofy’s a geek as it is.  Think about it.  He’s a bit socially awkward, accident prone and is interested in a wide variety of subjects (including skiing, swimming and gliders).  Add in the accessories and he’s Geeky to the Goofy Max: 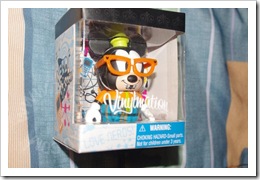