Partying with the Green Lantern 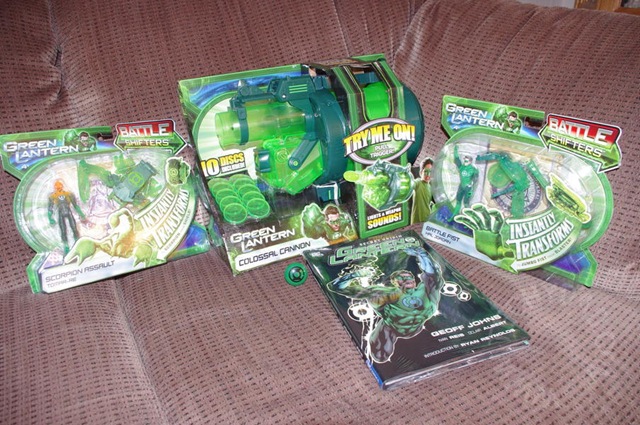 When you’re a geeky dad raising two geeky kids, nothing can be better than sharing some superhero lore with your kids.  Unless, of course, you get to play with superhero themed toys with your kids and your friends’ kids in a park on a sunny spring day!  That’s Geeky Dad Nirvana!

To facilitate the party, Mattel and MomSelect provided me with a big box of Green Lantern goodies including some figures (Hal Jordan and Tomar Re), a pair of Colossal Cannons, some Green Lantern comic books, a DVD of Green Lantern: First Flight, and some power rings. 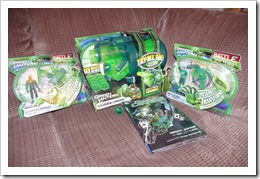 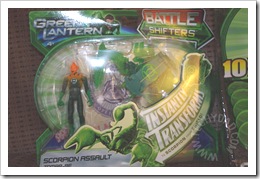 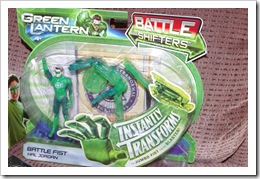 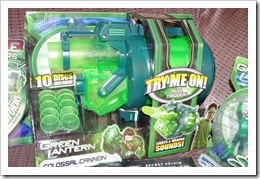 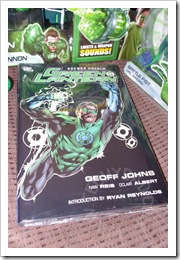 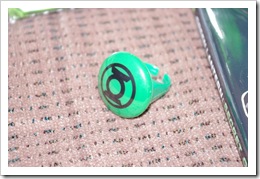 I had seen the movie before and knew that is, while exceptional, wasn’t appropriate for kids my sons’ age.  I also pre-read the comic book and found this to be inappropriate for their age.  (There was a lot of blood and people being killed.)  Again, it was a great comic book, but was just a little dark for kids in the 3 – 7 age range.  Were my oldest son 5 years older, I would have had no qualms about giving it to him to read.

On the morning of the party, we packed everything up (except for the DVD, but including the comics) and headed to a local park.  We brought some snacks and drinks with us and met up with our friends: Christina, Tom and TJ, Ali, Zach and Ro, Irene, Ben and Garrett and Laura, Doug and Isaac.

Each kid that attended the party got a power ring and every adult got a comic book.  (Well, 1 per couple).  I decided that opening the figures in the busy playground was a recipe for lost toys, so we kept those for parting gifts.  Instead, we broke out the cannons.

Now, you may recall that I previously reviewed the Colossal Cannon and deemed risk of injury as a downside.  I need to modify that review now.  As we fired the discs at the playground, I noticed something interesting.  They were flying far and fast but seemed more like they were floating discs than injury-causing projectiles.  Perhaps it was the presence of wind or the open air rather than indoors close quarters, but the toys seemed much less dangerous and more fun outside.  Indeed, on more than one occasion, a projectile hit one of the boys and never did they sustain any injury.

We (or the boys) would fire the projectiles and the boys would run around trying to collect them all.  Other than some tense moments where we thought we lost a few of the discs (green disc on green grass = hard to spot), we had a blast. 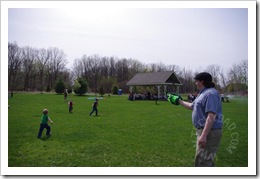 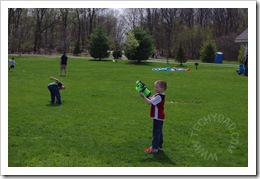 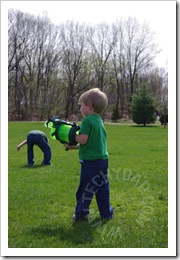 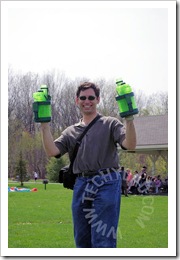 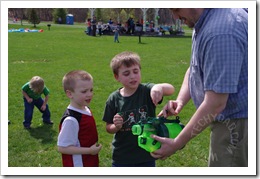 If you noticed that the boys were both wearing green shirts, good eye.  B (who wasn’t photographed) and I had green shirts on as well though mine was a darker green that looks more grey in the photos.  Green shirts, green grass, Green Lanterns!

Of course, being a park with a playground, we didn’t limit ourselves to Green Lantern toys in the fields.  The boys played in the playground, in the sandbox and even used their rings to navigate a hedge maze. 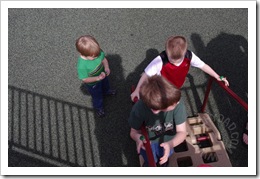 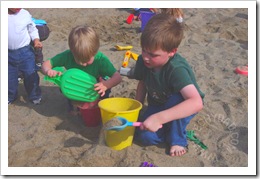 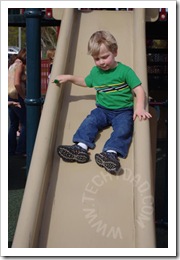 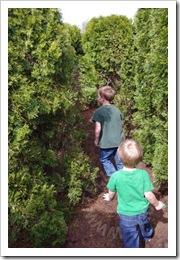 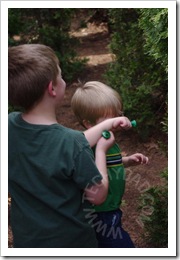 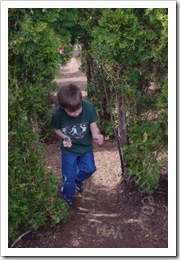 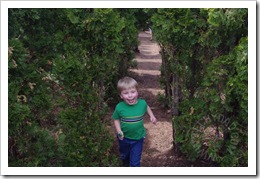 By the end of the day, I was exhausted, but it was a good kind of exhausted.  Of course, my muscles may have been tired, but my geeky heart was soaring because another piece NHL’s geeky education was in place.  He could now recite the Green Lantern oath!

In brightest day, In blackest night,
No evil shall escape my sight.
Let those who worship evil’s might,
Beware my power, Green Lantern’s light!

Disclaimer: Mattel and MomSelect provided me with the Green Lantern toys/comics/DVDs to throw the party.  I didn’t receive any other compensation and all opinions expressed above are my own.