My Most Controversial Post Ever: Nutella vs Dark Chocolate Peanut Butter 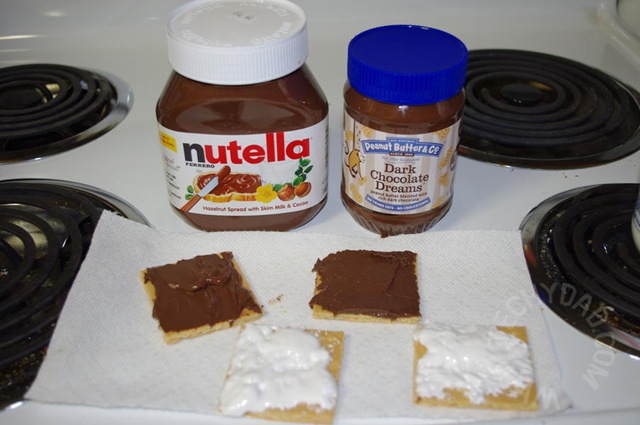 For quite awhile, I held off trying Nutella.  I loved chocolate but wasn’t sure if I would like a chocolate hazelnut spread.  Eventually, I gave in and bought a jar.  I was instantly in love as were my boys.  Around the same time, I also found Peanut Butter & Co’s Dark Chocolate Peanut Butter.  I guess, it was inevitable that I would decide to put them up to head-to-head competition.  After much thought (meaning a quick brainstorm), I decided to award points on Price, Taste and Nutrition. 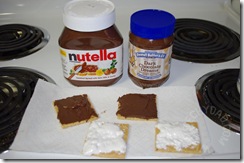 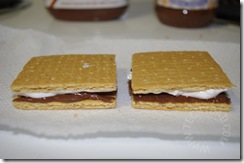 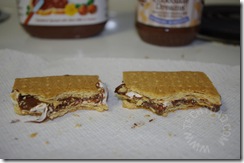 So far, this contest was turning out to be quite boring.  So I turned the jars around and compared nutrition labels.

Nutella comes out ahead in fat, sodium and calcium.  However, as far as calories, saturated fat, carbs, fiber, sugar and protein are concerned, Dark Chocolate Peanut Butter wins.  Once you examine the ingredients, the reason for this becomes apparent:

I’m not going to lie.  Nutella will still have a place in our cabinet.  However, when my boys are being picky and I want them to eat something healthy, I’ll definitely offer them a Dark Chocolate Peanut Butter sandwich.

Disclaimer: This post was not sponsored by anyone.  I wasn’t paid or encouraged to write this.  This was my own idea, I used my own money to purchase the products above and the opinions above are my own.