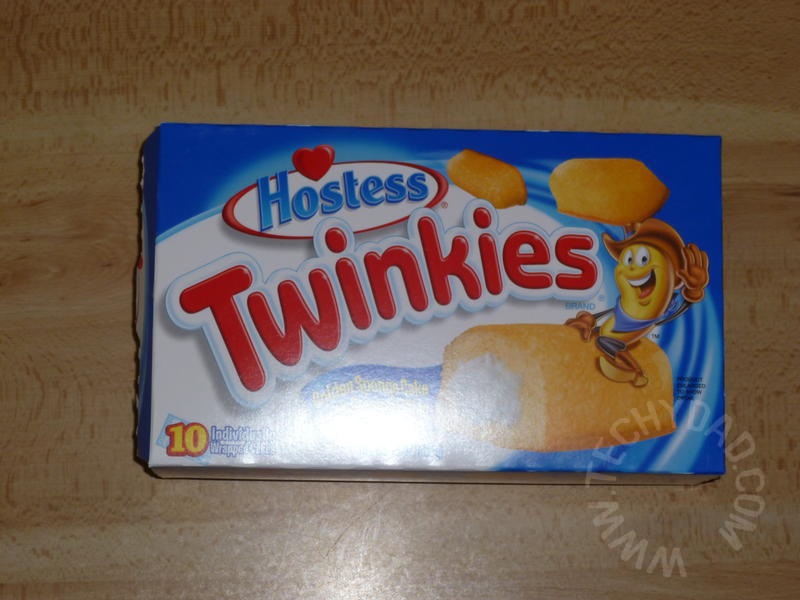 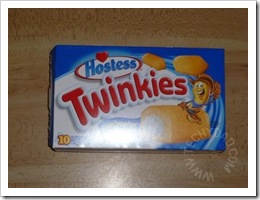 Growing up, I loved the rare Twinkie or Hostess cupcake.  Are they healthy to eat?  Not by a long shot.  Are they as good in quality as a fresh baked treat?  Of course not.  Still, there’s something special (and nostalgic) about opening that package and eating those cream filled cakes.

When I heard that Hostess was declaring bankruptcy, I felt a wave of sadness.  I hadn’t eaten one of their snack cakes in years.  I couldn’t even remember if NHL or JSL had ever eaten one.  I know that the bankruptcy will likely just be a reorganization of the business, but I decided to introduce my kids to this snacking phenomenon. 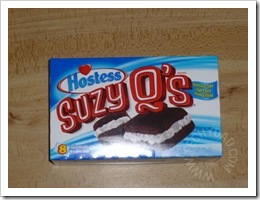 We went to the grocery store and stopped by the display.  I let the boys pick out a box each.  NHL decided he wanted Twinkies.  JSL chose the chocolate-y Suzy Q’s. (I was secretly hoping that they would pick the cupcakes so I could show them how to peel off the fudge-like top to save for the end.)

When snack-time rolled around, the boys were highly impatient.  They wanted to dive right into the snack cakes and didn’t appreciate that dad was taking so long with the pre-snack photographs. 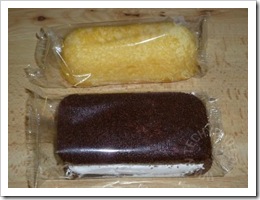 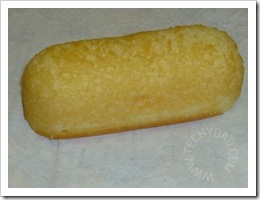 Up first was the venerable Twinkie.  Introduced in 1930, it’s a snack cake that many generations have enjoyed.  My boys loved seeing the little yellow cake come out of the package and get unwrapped.  To better take a shot of the cream in the middle, I split the Twinkie in two and showed the boys the delicious filling.  As a bonus, this meant that I could give each boy a half of a snack cake.  They could each try both cakes. This way. 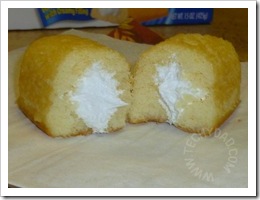 NHL seemed to love the Twinkie.  At least, that’s the impression I got when, after an initial bite, he nearly shoved the remaining Twinkie in his mouth whole.  JSL seemed to savor it more.  He liked it but wasn’t as enthusiastic.  (He really is a chocoholic and Twinkies completely lack chocolate.)

Up next was the Suzy Q.  Suzy Qs are much younger than Twinkies (introduced in 1961).  To be honest, I don’t think I had ever eaten one.  After taking my picture, I split the cake into two and gave the pieces to the boys. 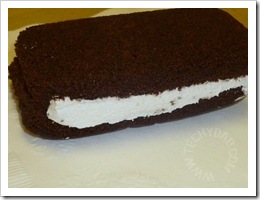 NHL and JSL both loved this one, but their levels of appreciation were reversed.  JSL loved each and every bite of the chocolate, cream filled cakes.  NHL, meanwhile, liked it but wasn’t as enthused as he was with the Twinkie.

In the end, the boys loved the cakes.  B and I split one of each of the cakes also.  They were good, but I’ve got to admit that I remember them being better.  Perhaps the haze of memory and nostalgia has enhanced how I remember them tasting or perhaps my tastes have simply grown up.  Most likely, a combination of both of these.  Still, they were good.  I’m not going to make eating these a daily routine, but as a once in a very long while treat for the boys, they aren’t too bad.

Do you buy Hostess (or similar) snack cakes for your kids?