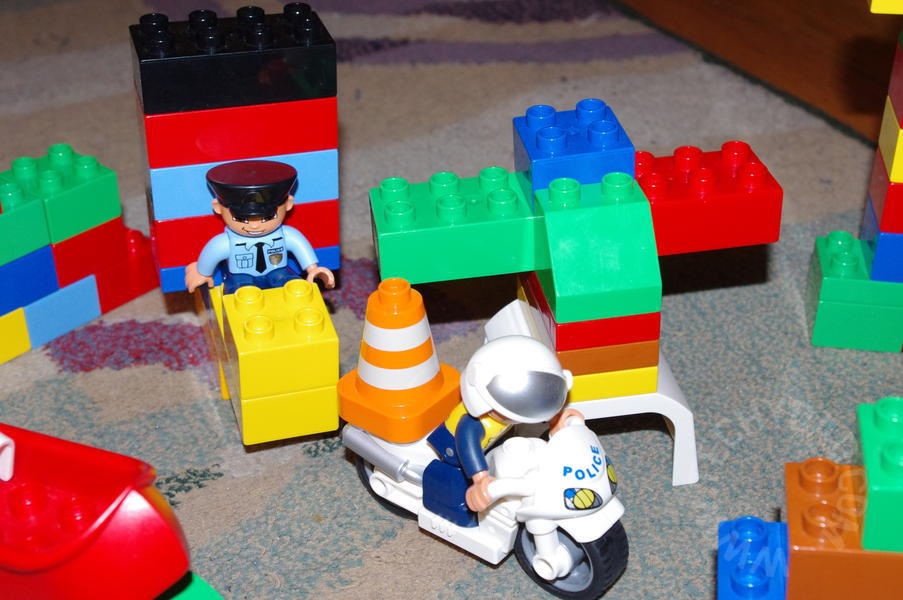 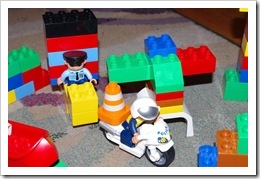 Lately, the kids have been victims of an addiction.  I’m not talking about their usual addictions to chocolate, pizza or macaroni and cheese.  No, this addiction is of the Lego kind.  The boys just love taking out the bricks and minifigs and coming up with some creations.  Then, they will either give their creations elaborate stories…. or just smash them.

Of course, mix in a couple of their other obsessions, like Harry Potter, Winnie the Pooh, or Toy Story and the kids take their Lego addiction to a whole new level.  For example, here is Buzz Lightyear riding his "flying car" (which he apparently made partially out of Winnie the Pooh’s canoe): 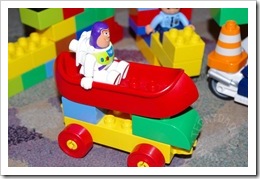 Also for your consideration, a re-enactment of a lost scene of Harry Potter where Harry fights Voldemort while riding on the blades of a helicopter: 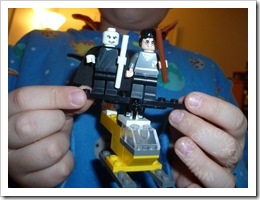 I hear test audiences experienced extreme nausea from all of the spinning around.

Finally, here is the flying car of the future, today!  Complete with built-in landing pad. 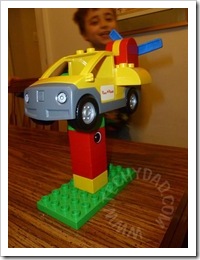 There are still some bugs to work out.  Like how to actually drive the car when the landing pad doesn’t retract.  Those can be worked on in a future version of the flying car of the future.

Do your kids enjoy playing with Legos or other building toys?