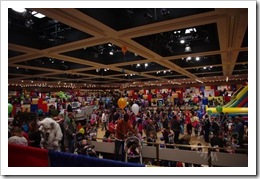 Earlier this week, I wrote about the snakes and reptiles that we saw at the Kidz Expo.  We didn’t just stop by the reptiles, though.  We also saw tons of different programs that the kids could sign up for.  I honestly didn’t realize just how much there was in the region and we have quite a few options to consider for this summer. 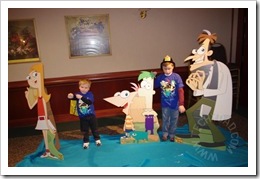 Of course, the main reason we were drawn into this mob of people was Radio Disney’s presence.  They promised some Perry the Platypus related activities so off we went.  When we got in, we played some games and the boys got some prizes (a frisbee, temporary tattoos, and stickers).  They also got a Perry mask and a backpack (which came in handy to hold other things they got).  Finally, we took a photo with Candace, Phineas, Ferb, Perry, and Dr. Doofenschmirtz.  (Doof was on his best behavior and didn’t bring any Inators that day.)

After this booth, we wandered around and stopped at various booths to gather information.  We also were on a Radio Disney scavenger hunt mission.  We needed to find the five clues hidden around the expo.  We spent quite some time looking for clues as we wandered around.  Alas, we only found three of the five. 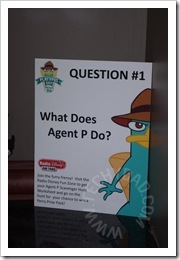 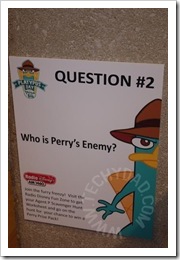 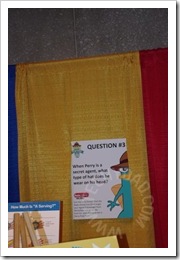 While at the expo, we heard a rumor that a costumed Agent P was there.  Sadly, this wasn’t true.  Luckily, though, the boys met a few other costumed characters, including the Devil Dog from the Albany Devils. 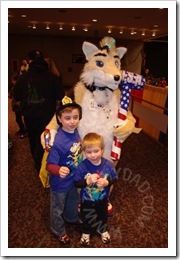 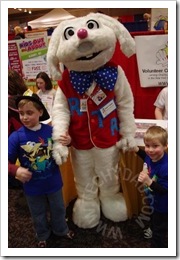 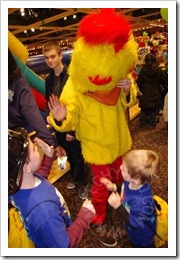 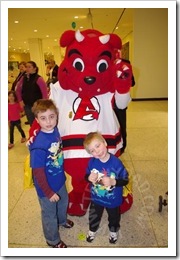 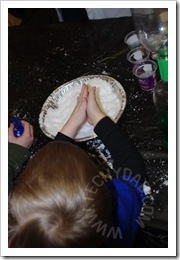 As the day wore on, the kids got tired and it was time to leave.  On the way out, though, one last booth caught my eye: Mad Science.  As a big science fan, I’m always looking for ways to spark science interest in my kids.  They had planet matching blocks, rings the vibrated as they spun, and pieces of paper that they lit on fire to produce a burst of light (NHL did *not* like that one).  The best was the fake snow produced by combining a certain chemical with water.

The Kidz Expo was certainly an informative and fun experience.  I’m not sure if we’ll go back next year as we’re not fans of fighting crowds, but it definitely gave us a lot of options to consider.