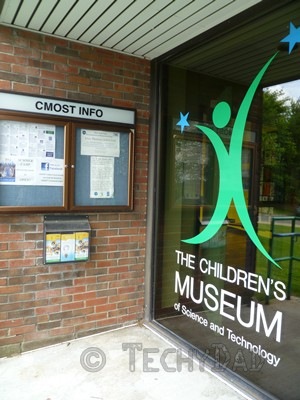 On Saturday, my parents were in town and we were trying to decide what to do with them and the boys.  At first, we thought about Hoffman’s, a local amusement park, but the clouds in the sky threatened to rain (and carried through on their threat once or twice).  Then, we tried to go to the New York State Museum, but there was some event going on that shut much of that area down.  After finding a spot to park and regroup, we decided to go to the Children’s Museum of Science and Technology.

We entered, paid, and found out that a show – Astronaut – was going to begin in a minute or two.  So we went there first.

When you enter the planitarium, you notice the odd seating arrangement.  Except for some chairs at the back, all of the seating comes in the form of colorful mats to lay down on.  These were surprisingly comfortable and afforded a great view of the screen as we looked up.  Yes, the screen is on the ceiling. 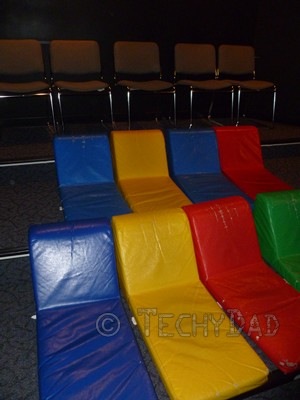 The movie was great.  It detailed just what astronauts need to do to get ready to go into space and what dangers awaited them.  ("Chad" better get some hazard pay after he was killed so many times!)

After the show, we wandered around the museum.  Since this is a children’s museum, not only are kids allowed to touch most of the exhibits, they are encouraged to.  We rotated windmills to generate power for a town.  JSL touched a snake.  We saw two owls.  We (well, the boys and I) entered a beaver’s lodge.  JSL rowed a canoe.  We even made some virtual trees grow by touching a wall.

There was too much to describe everything, so instead here are a series of photos from our visit. 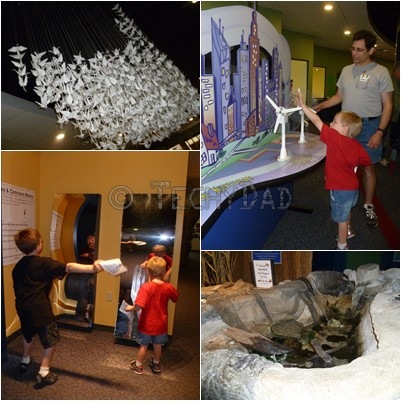 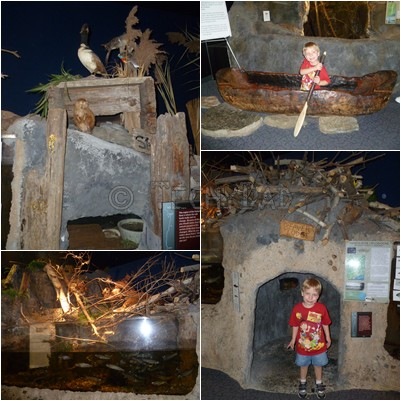 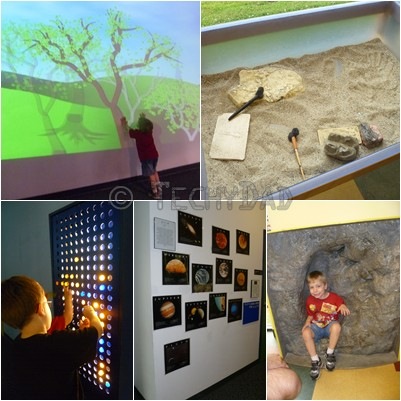 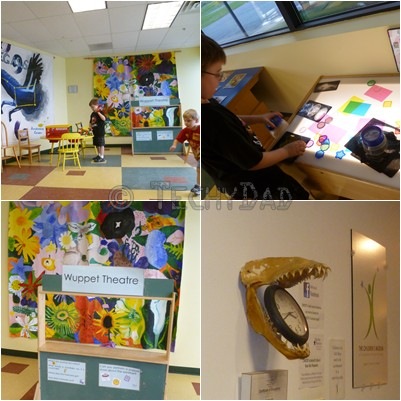 In the end, this was a fun and educational excursion.  Given that it is inexpensive as well (adults and children over 2 are only $5 each and shows are an additional $1 each), I could definitely see this becoming a repeat destination.