Of Scarborough and Non-Apologies 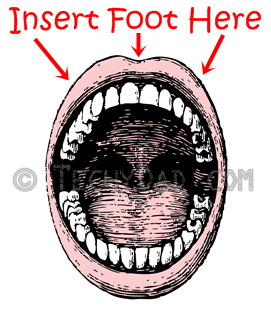 The tragedy that unfolded in the Aurora movie theater was beyond imagination.  Why someone would do something like that baffles the sane mind because sane minds don’t see "Go into a movie theater and shoot people" as a rational response to anything.  One person has a theory, though.  A theory that has upset a lot of people (for good reason).  That person is Joe Scarborough.

Scarborough, without having any psychological degree or examination of the man behind the shooting, believes that the "why" explanation could be answered by Autism.  Yes, Scarborough seems to think that being autistic is just a short hop, skip, and a jump away from being a mass murderer.

Here’s what he said specifically:

“You have these people that are somewhere, I believe, probably on the autism scale, I don’t know if that’s the case here, but it happens more often than not, people that can walk around in society, that can function on college campuses, can even excel in college campuses, but are socially disconnected. I have a son who has Asperger’s who is loved by everyone in his family and who is wonderful, but it is for those that may not have a loving family and a support group and may be a bit further along on the autism spectrum, an extraordinarily frustrating, terrible challenge day in and day out. and so, I do think, again, I don’t know the specifics about this young man, but we see too many shooters in these type of tragedies bearing the same characteristics mentally.”

His reasoning seems to go thusly: Autistic kids are detached from society.  Sometimes, people who are detached from society go on killing sprees.  Therefore autism is responsible for killing sprees.  The big hole in his reasoning, though, is that many things could cause detachment from society.  He might as well argue that, since school buses are yellow and the sun is yellow, that school buses bathe our planet in light and warmth.  I doubt that anyone will lay down next to a parked school bus in hopes of it giving them a tan, though.

As might be expected, there were many calls for Scarborough to apologize.  As I write this, one petition has over 8,500 signatures.  You would think that he would realize that his foot was wedged firmly in his mouth.  You would think he would issue a retraction.  Instead, he gave this clarification:

"The growing Autism epidemic is a tremendous burden for children, parents and loved ones to endure. My call for increased funding and awareness for Autism and other mental health conditions was meant to support the efforts of those who work every day to improve the lives of Americans impacted. Those suggesting that I was linking all violent behavior to Autism missed my larger point and overlooked the fact that I have a wonderful, loving son with Aspergers. Perhaps I could have made my point more eloquently."

Now, I can’t argue with the first part of his clarification, if taken on its own.  Autism needs increased funding and awareness.  I also agree he could have made his point a lot more eloquently.  Then why am I still upset?  Listen to the video of the program where he made his original statement.

Did you catch the statement that was made just before Joe made his "diagnosis"?  Here it is, in case you missed it.

"It’s so interesting, Joe.  When you look at these pieces. The mental health aspects of it.  You could list issues with this young man that clearly should be warning signs, but they always seem so clear in retrospect."

Yes, the setup talked about mental health and warning signs.  To me, that might seem to lead into a discussion of schizophrenia or other mental disorders which, if left untreated, can result in violent behavior.  Autism is not one of those disorders, though.

Instead, Joe decided to talk about Autism.  If he wanted to make a point about needing more resources for Autism, this wasn’t the time.  He could have made this point at any of a dozen other times without implicating it in a horrific mass murder.

The worst part of all of this is that Joe’s son has been diagnosed with Asperger’s.  Does he really think that his son being on the Autism Spectrum means that the boy is somewhat likely to kill people?  I call on Joe to issue a stronger retraction of his statements.  He should admit that he was wrong to bring it up then.  He should acknowledge that his statements unfairly linked autism to violent actions and, no matter how valid his claimed attempted point about Autism funding, it was the wrong time to try to make it.

NOTE: The "mouth" image above is derived from one available via OpenClipArt.org.