A couple of days ago, ThinkGeek tweeted this (highly accurate) Geek Zodiac. 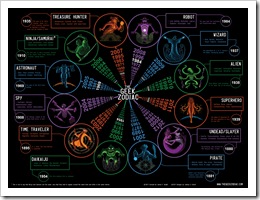 (Credit Where Credit Is Due: This is from TheGeekZodiac.com.)

At first, we had some fun with this, finding out where each of us fall in the zodiac.  I’m a Superhero, B’s a Undead/Slayer, NHL’s a Time Traveler, and JSL’s a Treasure Hunter.  (So *that’s* why he loves humming the Indiana Jones theme song!)  After figuring out our extended family, though, we moved on to other things.

Until, that is, WiredGeekDad tweeted about President Obama being a wizard.  They were referring to this totally non-photoshopped photo. 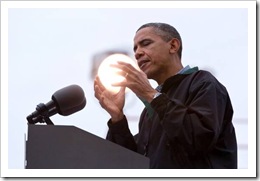 This photo was taken by AP’s Carolyn Kaster.  She got the angling just right so that it looked like Obama was summoning a fireball.  (I don’t think debate moderators will allow that as a rebuttal, Mr. President… Then again, how would they stop him?)

Being a geek, I couldn’t let it end at this.  I suddenly had to know just what each of the Presidents’ Geek Zodiacs were.  Here are the results.

Some interesting items of note: