Yesterday, I wrote about breaking free of your comfort zone.  Today, I’d like to talk about our experience hiking the Indian Ladder Trail.  First, we drove to Thatcher State Park.  On our way there, we pointed the looming mountain to the kids and told them we’d be going there.

When we got there, we parked, got out, and marveled at the view. 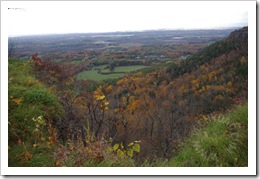 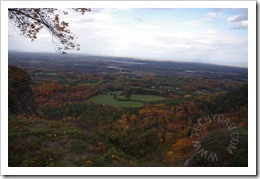 JSL was a bit scared of going near the edge and, I’ll admit, so was I.  My fear of falling was definitely triggered by looking down at the landscape below.  There was a wall separating us from the edge, but it still made me nervous. 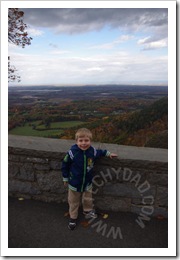 We walked along the wall and came to the start of a trail.  For awhile, we hiked along a wooded area along the top of the mountain. 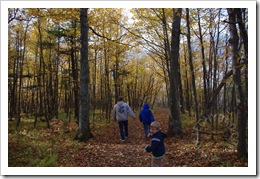 Then, we came upon some stairs leading down.  JSL and B were hesitant due to the steps being very steep.  NHL and I scouted ahead and verified that it looked fine for the kids to go across.  Down came JSL and B and we were off for an adventure. 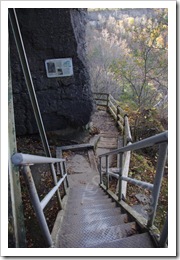 Our first stop was an area with a low ceiling.  I warned NHL that he would need to stoop over, buy he was just short enough to make it without bending.  JSL, being shorter, had plenty of head room.  We were able to make it only by carefully bending over. 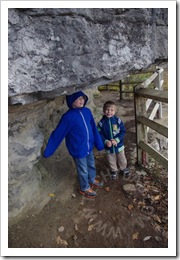 At many points during the hike, we needed to step to the side to let hikers pass us in the other direction.  This also gave me a chance to take a photo of the top of the ridge. 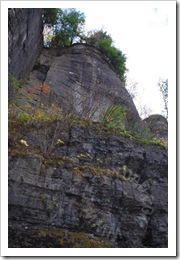 Yes, we had been up there just minutes before .  (Well, further back along the trail.)  Taking this photo was a big risk for me.  Looking up like this made me dizzy.  And you do *NOT* want to be dizzy on a four foot wide trail along the mountain side! 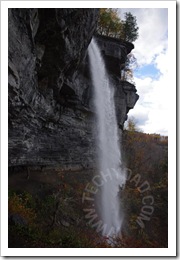 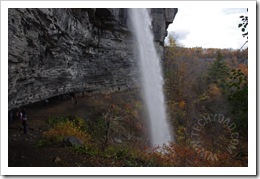 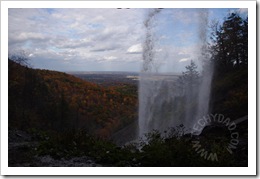 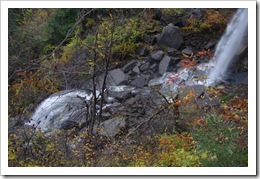 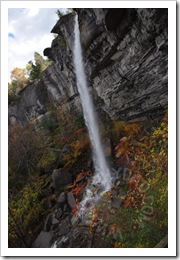 We walked on and came to the second waterfall.  This one was a bit trickier to go behind.  We had to cross a small stream (coming out of the mountain, not part of the main waterfall).  I helped JSL across and to a safe spot and then went back to aid NHL and B. 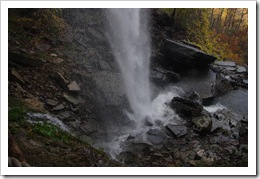 We also stopped to see an underground river coming out of the mountain. 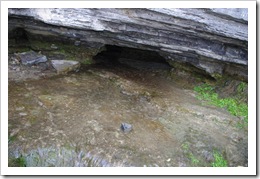 Finally, we reached the steps leading back up. 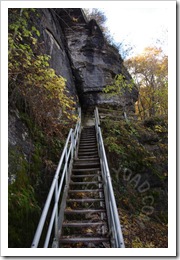 JSL and I noticed the moss covering these rocks so we felt it.  It was quite soft. 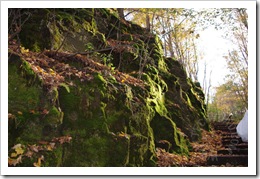 Finally, we made our way back along the top of the ridge.  This was nice since the boys had more room to stretch their legs and run.  There were also places where the kids could stop for a second. 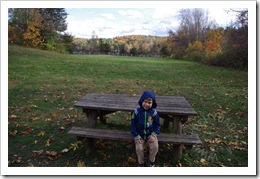 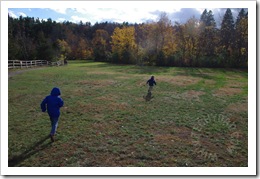 We also crossed two bridges which took us past the waterfalls we had passed under. 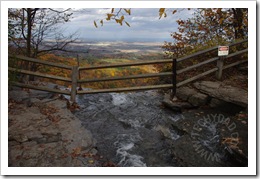 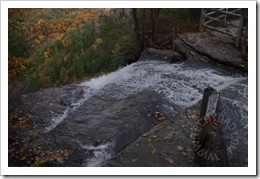 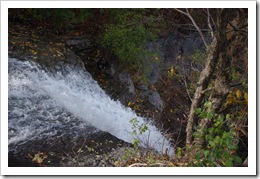 Finally, we returned to where we parked.  Though there were some rough patches to traverse and though we were tired, we had thoroughly enjoyed our time there.  We’ll definitely be returning as soon as possible.