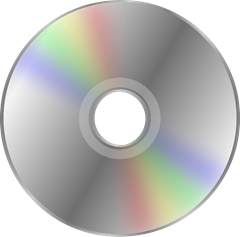 Over the weekend, we watched Disney Pixar’s Brave.  After watching the movie, NHL immediately had two reactions.  First, he loved the movie.  Second, he wanted to see the Special Features.

Special features are NHL’s favorite part of the DVD/Blu-Ray viewing experience.  He loves seeing deleted scenes (and figuring out where they would have fit and/or why they were removed), alternate endings, and even (sometimes) small featurettes.  If the disc has enough special features, he might even spend more time watching them than the spent watching the movie itself.

In the case of Brave, he watched two special features on the DVD.  The first was a short film that Pixar put in front of Brave during its run in the theatres called La Luna.  The second was an expansion on the Mordu legend that was introduced within Brave.  The one feature that NHL didn’t watch, which might have bored him but was highly interesting to me, was the audio commentary.  During this, the filmmakers talked about how Brave changed throughout the process.  They revealed how scenes were supposed to play out originally and how they morphed (for the better) to the version you see onscreen.  I love these little glimpses of the special kind of magic that it takes to put a movie together.

Do you watch the special features on DVDs and/or Blu-Rays?  Or do you just watch the movie itself?

Note: The "CD / DVD" image above is from Chrisdesign and is available from OpenClipArt.org.