When Parenting, Exciting Can Be Bad And Boring Can Be Good 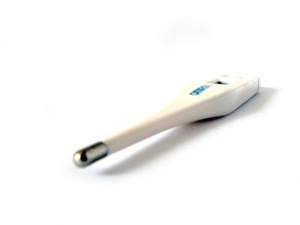 On Friday, I was feeling the End Of The Week Blues.  That moment when you wish that you could whip out a Universal Remote Control and hit fast forward until the weekend arrived.  I was craving a little excitement outside of the office.  I tweeted "Is it the weekend yet?"

I should have known better.

No sooner did I tweet that than I got a call from B saying that JSL was running a 101 fever and she was picking him up from school.  Yes, it looked like we were in for an "exciting" weekend.

JSL has had five febrile seizures (including one where he stopped breathing, turned grey, and required rescue breaths to start breathing again) so any fever is a dangerous and scary prospect.  We gave him medicine and his temperature stayed at around 101.  (It’s quick fluctuations in temperature that cause febrile seizures.)  We could tell he wasn’t feeling good when he turned down macaroni and cheese (his favorite food) for dinner.

That night, he slept in our bed so we could monitor him and quickly help him should his temperature rise.  At around 2 in the morning, he woke up complaining that his stomach hurt and he felt like he was going to puke.  I helped him to the bathroom but it became clear that something else was up.  I asked him if he was hungry and he said "yes".  We got him to eat a rice krispy treat.  Sure, it’s not the healthiest thing, but it was easy to feed him at 2am and gave him a quick shot of sugar.  (We correctly guessed that low blood sugar + hunger was mistaken for "gonna puke.")

JSL said he felt better and fell asleep.  B fell asleep too.  I lay there trying (and failing) to fall asleep, mostly worrying about JSL.  Then, just as I was getting to sleep, B yelled my name in panic.  I shot upright expecting to see either JSL seizing or something seriously wrong with NHL.  As I shot up and asked "what?", I saw JSL sleeping soundly next to B.  B woke up and informed me that she had had a nightmare about being in trouble and unable to yell for me.  She finally tried so hard to yell that she yelled in her sleep.  Needless to say, I couldn’t get back to sleep after that.

Thankfully, JSL got better after that one day and night.  The next day, his temperature returned to normal and no other symptoms manifested.  Any fears I had about JSL having the flu or another serious illness we proven wrong.  (There really was no sign that JSL had the flu to begin with, but I can’t help it… I’m a worrier.)  Most of all, I re-learned two parenting axioms that I tend to forget.  One: When you are parenting, exciting can be bad and boring can be good!  Two: Never ask The Universe for excitement without specifying exactly what kind of excitement you’d like.

NOTE: The "digital thermometer" image is by Alvimann and was obtained from MorgueFile.com.