Battling Against The Cough 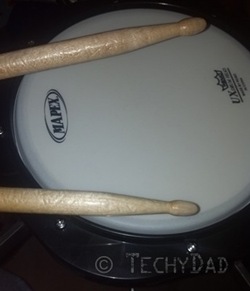 NHL has asked me many times if I’m proud of him.  Usually, it’s over a trivial matter such as being chosen at random in Hebrew School and winning some chocolate.  Where my pride in my son really shines through is when he sees his limitations… and then exceeds them.

NHL recently had a band and chorus concert.  As we approached the school, we could tell he was nervous.  He kept insisting that we were going to be late and got angry when we wouldn’t let him storm into the building and instead insisted he remain calm.  (For the record, we were about fifteen minutes early and it was going to take us only one minute to get in the building.)

As B went to drop NHL off in the area that he’d wait until it was his turn, JSL and I procured some seats.  B took a long time coming back because, apparently, NHL’s anxiety was getting worse, not better.  I definitely sympathized with him.  I clearly remember the anxiety I felt before my grade school orchestra and chorus concerts.

As NHL’s group’s turn neared, we could see him by the door with the rest of the kids who were ready to perform.  He was having trouble standing still and we could tell he was talking non-stop.  Two classic signs of NHL-anxiety-overload.

The doors opened and NHL came in.  He was in the back and the band performed their songs.  NHL seemed to do well (though, to be honest, I couldn’t see him that well from where we were.)  Then they left.  NHL wasn’t finished, though.  It was chorus time.

This time, NHL was situated right in front.  The first two songs went well, but then NHL ran into a roadblock.  He began to cough.  His allergies have been bothering him and although he’s taking medicine, he’s still prone to coughing fits.  We could see his face go red as he struggled to breathe, stay calm, and keep from coughing enough to sing.  At times, it looked like he might lose it entirely and begin to cry.

He didn’t, though.  He powered through and sang louder.  He even began to dance a little while he rocked out to the songs.  Yes, his coughing fits came back every so often, but he didn’t let them slow him down.  He just coughed into his arm and then returned to his singing.

I was in the stands videoing the whole thing with a big smile on my face.  THAT is why I’m proud of NHL.  He’s a talented kid and when he doesn’t give up he’s able to rise above what holds him back.