Doctor Who Actors vs Moon Walkers 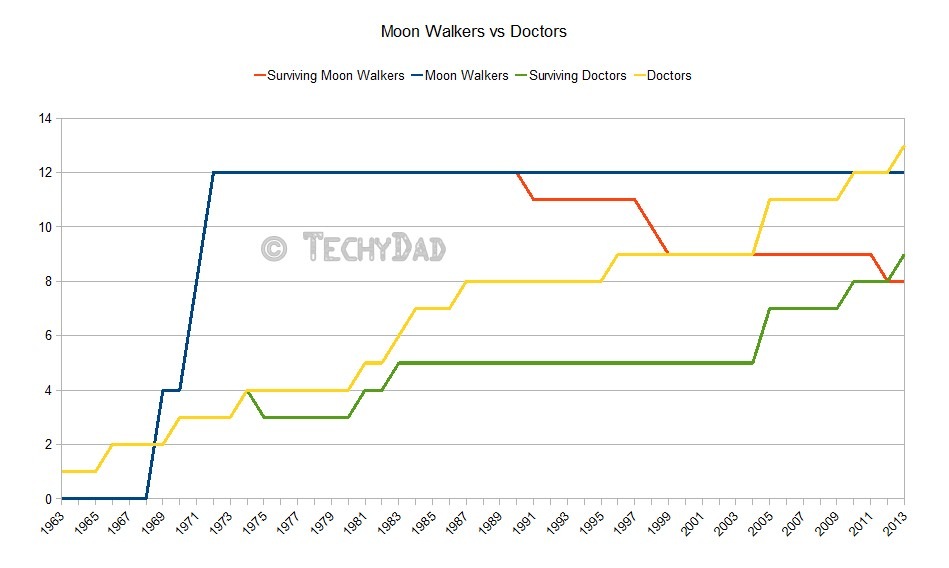 Being a geek can often mean wondering weird things.  Like, for example: How do the number of actors who have played the Doctor compare to the number of people who have walked on the Moon?  And how do the surviving members of each stack up over the years? 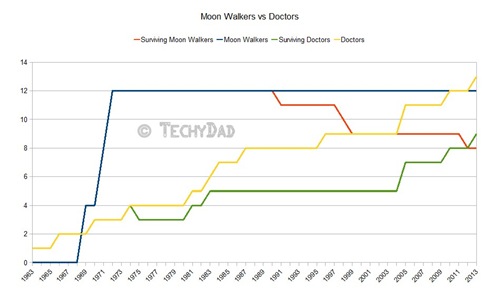 Some notes: There are 13 people listed as playing the Doctor.  This is because: 1) Even though Peter Capaldi hasn’t made his Doctor Who debut, I’ve included him and 2) According to Wikipedia, the first Doctor was both played by both William Hartnell and, for The Five Doctors, Richard Hurndall.  I’m not counting "alternate" Doctors such as the classic series’ Valeyard or the new series’ Doctor-who-wasn’t-worthy-of-being-called-Doctor (played by John Hurt).  The dates for who landed on the Moon when and who played the Doctor when all came from Wikipedia.

Here’s hoping that we can increase the Moon walkers total soon – though I won’t be holding my breath.