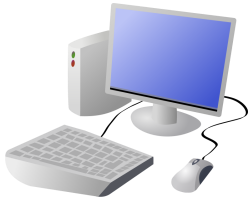 Five years ago tomorrow, I began my blogging adventure.  At the time, I didn’t know what to expect.  All I knew was that I felt I had a lot to say.  B had been blogging for about a year and a half and I decided to do the same.  I set up a WordPress blog and made my first post.  Then, five days later, and after some website work, I wrote a second post and then, a third a day after that.  I was on my way.

Blogging certainly wasn’t what I was expecting when I began.  I remember being very upset that I had no comments on my blog when all these other blogs I read would have dozens.  I began to think I must be doing something wrong or at least nobody cared about what I wrote.  More than once, I came close to giving up blogging.

Then, I realized that I wasn’t blogging for some nebulous audience.  I was writing for myself.  It suddenly didn’t matter to me whether I had one reader or one hundred,  (Though one hundred readers would be nice.)

Over the years, I’ve written on many subjects from the geeky to the serious.  I’ve gone from being the father of a five year old and a one year old to the dad of a child in Grade 5 and a child in Grade 1.  (The math geek in me likes that for some reason.)  I’ve published 1,194 blog posts here, 34 posts over at Dad Revolution, and 4 guest posts in a few other places.  I don’t have a total word count, but that’s a LOT of writing.

I’ve met many wonderful people (some in person, many more online only) and have learnt things that I never would have learned had I never began to blog.  I wonder what I’ll learn during the next five years.

Disclaimer: The computer graphic above was created by DTRave and is available from OpenClipArt.com.