Asperger’s and Social Cues From Television 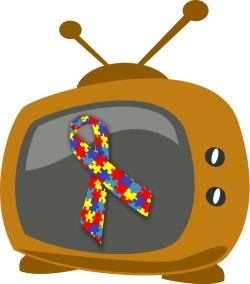 Growing up, I remember being mystified by a lot of social interaction.  At the time, of course, I didn’t know what Asperger’s Syndrome was or that I likely have it.  Instead, I felt like the only outsider who just didn’t "get" how people interacted.  I turned, to some degree, to what seemed to be a great resource for displaying human interaction:  Television.

On television, I could examine people interacting in various different scenarios without having to actually be a part of those situations.  I could be a dispassionate observer, making mental notes of how to act when similar situations came up in real life.

Of course, television is a pretty poor guide for human behavior.  People get away with things on television that would be completely inappropriate in real life.  On television, you can play a horrible prank on your teacher and everyone laughs as she looks forlorn at the camera.  Cut to the next scene and there are no consequences.  Do something similar in real life, though, and you’ll quickly find your way to the principal’s office.

Luckily, I was too timid and unsure of myself to ever emulate outrageous stunts from television.  I also quickly realized what a poor guide it was and figured out a better guide: college.  Being forced to live in a social environment 24-7 for months on end (and free from the socially deterring effects of bullying) exposed me to a wide variety of social lessons.  It was a time filled with great highs and terrible lows, but it was a period during which I learned a great deal about human interaction.

Cut to the present and NHL.  Recently, NHL has been emulating some behavior he saw on a television show.  On the show, the action led to a bout of "canned laughter."  Unfortunately, NHL seems to have taken this to mean that, if he does the action, he’ll get laughter as well.  In reality, it’s only getting him in trouble.

I’ve tried talking with him about it – telling him that characters on TV do things that real people can’t do.  I even gave some examples from the same show.  I’m not sure if it sank in or if he’ll try the action again, but I’ve tried my best and will have the talk with him again if needed.

Sadly, the best way for NHL to learn about social appropriateness and interaction is with trial and error.  This means that he will make mistakes.  Many of them.  Even with my help.  I only hope I can help him avoid the worst of them and figure out quicker how to act in social situations.