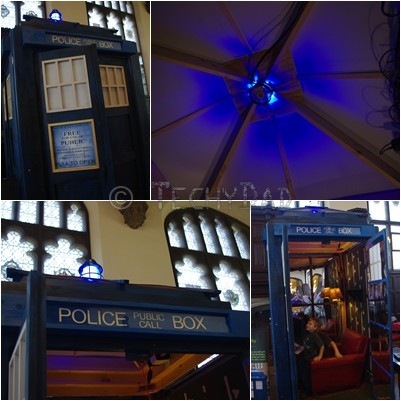 On Saturday, we went to a local Maker Faire.  I ended up leaving impressed and also with a touch of maker envy.

First, we spotted a TARDIS.

The boys and I climbed inside but couldn’t figure out how to make it travel in time and space so we eventually left to stop by Kathy Ceceri’s table to see the robots she built, most from common household items.

Sadly, I didn’t take many photos of Kathy’s table because I got wrapped up in her display too much.  The danger of making your table TOO interesting!  So here’s a photo of her book that we bought. 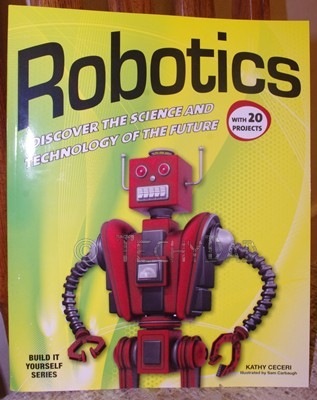 As we wound our way through the faire, there was so much to see.  Pottery, #D printing, crocheting, duct tape wallet making (which, sadly, was too busy for us to participate in), and much more. 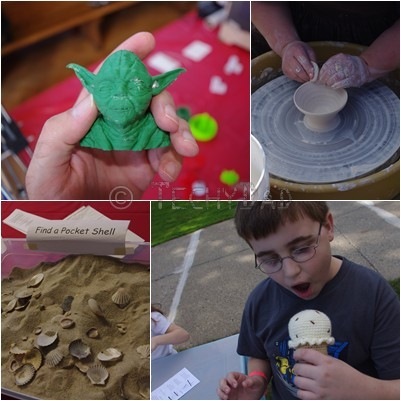 The highlight to me was the flying pizza box.  Made by a ten year old girl (with some help from her father), this was literally a pizza box with a propeller, GPS, remote control circuitry, and more attached to it.  After her father talked to the assembled crowd for awhile, he and Emma went out to fly their box.  Sure enough, the box took off and flew through the air. 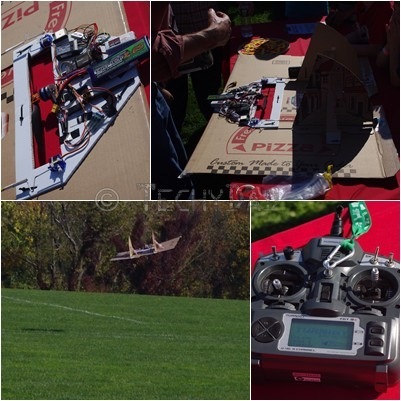 And now I have a touch of Maker-envy.  Emma and her dad, along with everyone at the Maker Faire, had so many great projects that they’ve worked on.  I’ve love to do them all but time (and money) don’t allow it.  So I might have to reflect on some of the things that I think we can scale down and do inexpensively with my boys.  Perhaps a foam glider or a duct tape wallet.  Whatever we make together, it will be time well spent.

Have you ever attended a Maker Faire?  What have you been inspired (either via a Maker Faire or by something you’ve seen online) to make with your kids?