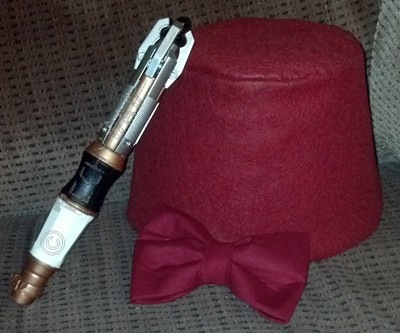 After publishing my Voice of Self Doubt post, I began to think about it a bit more.  I went over it in my mind over and over.  Something about it was bothering me.  Suddenly, I realized a big gaping hole in my post.

Let’s see if you can spot it:

The truth is that blog postings often leave out the whole picture. Beyond that photo of the a perfectly clean dining room is a living room overrun with toys.  Beyond the recipe of the perfect dinner that was posted is the not discussed empty McDonald’s containers in the trash.  Beyond the blog post about a husband and wife having a perfect time out is the non-blogged-about argument the previous night.  Those details tend to get whitewashed out of a social media presence.  The result is that your average family, warts and all, looks perfect online.  Then, when you compare your situation (with the warts not glossed over) with the seemingly perfect online lives of others, I know this is true, but The Voice of Self Doubt twists it to play to my insecurities.

Did you see it yet?

The gaping hole is that I’m trying to prove to The Voice Of Self Doubt that it is wrong by discrediting its "evidence" of seemingly perfect people online by assuming their lives are airbrushed.  This has the weakness of needing their lives to actually BE airbrushed.  If one person is actually as good in real life as they appear online,  then The Voice of Self Doubt would hold that up as "iron clad proof" of my inadequacy.

I often say that a bully’s most insidious tactic is making the bullied play by the bully’s rules.  Someone who is bullied can often get the bully in trouble and stop the torment if they report it to someone.  Unfortunately, all too often, the bully has convinced his victim that getting any help at all is WRONG and NOT to be done.  So the victim continues to suffer while trying fruitlessly trying to find an escape from the situation that keeps within the bully’s rules.  Spoiler: There isn’t one.

When you get right down to it, The Voice of Self Doubt is an internal bully.  It belittles you and your accomplishments.  It tears down your confidence.  It tries to make you feel worthless.  Worst of all, it tries to set the "rules" for feeling good about yourself and it tricks you into playing by those rules.  This means it is easy to be trapped by The Voice of Self Doubt, struggling to find a nonexistent exit that The Voice made.

So how do you really escape from The Voice of Self Doubt?

Rule one is to ditch any comparisons with other people.  It doesn’t matter that she has a better body than you, that he is smarter than you, or that they can afford to take better vacations that you can.  Similarly, don’t try to tie your happiness to the fact that someone else is uglier, dumber, less wealthy, or somehow "worse" than you are.  Instead, look to yourself.

Yesterday, I finished up my "sew my own bow tie" project for my Doctor Who costume.  Now, if I were comparing myself to others, I’d notice every single flaw in my project.  Every single stitch that didn’t go quite right.  Everything I could have done – had I been more talented – to have made my project more elaborate.

I didn’t do this, though.  I didn’t waste time feeling sorry for myself because other people are able to do more in depth and more amazing projects than I can.  Instead, I just revealed in the pride of having just made my own bow tie.  I quickly put on a dress shirt, took out the fez that I made a few weeks ago, grabbed my sonic screwdriver, and took a few photos. 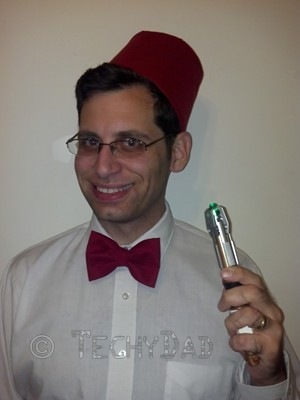