Stubbornness In The Face Of A Problem 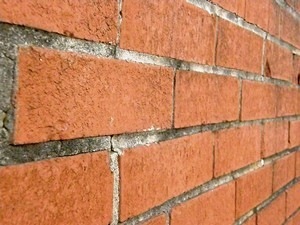 Confession: I can be very stubborn at times.  I come from a long line of stubborn individuals so it’s ingrained in my blood.  When I want to do something and I can’t, my stubbornness will often creep in and give me the perseverance to keep trying until I get it accomplished.

However, at times, this can be counter-productive.  Saturday night, I was working on a programming project that I’m pretty excited about.  Unfortunately, I hit a snag.  Something very simple wasn’t working and for the life of me I couldn’t figure out why.  I tried everything I could think of and it still wouldn’t work.  I even made two very simple pages to test the code and it still didn’t work.

This was elementary stuff.  There was no reason that I could think of why it wouldn’t work.  What’s more, the same code worked just find on another site of mine on the same server.   and yet a Google search revealed a lot of people having the same problem.  What it didn’t reveal right away was one easy method of solving the problem.  Instead, it seemed as though this problem could spring up from a dozen different issues, each harder than the last to test for.

I was determined to figure this out, however, so I kept trying possible solution after possible solution.  I made effort after effort, but they all failed.  Time and time again, that brick wall of a problem remained there without so much as a tiny crack for my efforts.

Any programmer will tell you that there comes a point in trying to solve a problem where you need to step away.  You should put the problem down, walk away, and do something completely different for awhile.  Continually trying to solve the problem will eventually just leave your brain in a rut, trying the same failed solutions over and over again.  Doing something else will let your brain wander and eventually your subconscious will spring up with an idea.

This is what I should have done.

Instead, I kept at it until 2am when I realized that I just couldn’t think anymore.  I went to sleep and tried to put the problem away, but I think I’ve been hammering away at it for too long.  Even as I wrote this, I kept switching windows back to my coding project, trying to find something that would make this wall of a problem come tumbling down.  Finally, I discovered my error and it was such a monumentally small error that it was something I kept overlooking all last night.

What do you do when you find a seemingly insurmountable problem?  Do you tend to keep stubbornly trying to solve it?  Or do you walk away and do something else?

Note: The "brick wall" image above is by krosseel and is available via morgueFile.