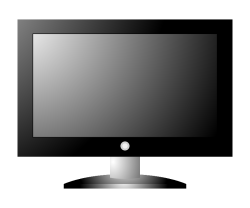 Confused?  Let me back up a bit.

With the rise of Internet video services, a lot of people have found that they aren’t reliant on cable TV for their video entertainment fix.  At first, there were simply short videos on sites like YouTube.  Entertaining, but no match for the ongoing half hour or hour long series that aired on cable.  Then came services like Netflix and Amazon Video On Demand with many series available to watch and YouTube channels dedicated to longer/ongoing shows.

At this point, many people decided that they didn’t need cable TV anymore.  They "cut the cord" and ditched cable.  Although more and more people were doing this, cable companies kept denying that cable cutting was a major trend.  They just couldn’t see how people could replace them with Internet video.  Although some cable executives have begun acknowledging the trend, to most cord cutters were a fringe group, easily ignored.

Now, however, the cable companies have identified a new threat:  Cord Cheaters.  By the sound of it, you might think this means people who get cable without paying for it.  Or, perhaps, it’s people who somehow manage to get premium channels when they’ve only paid for basic.  That’s not what this is referring to, however.  "Cord cheaters" are people who don’t use the cable company’s Pay Video On Demand features and instead pay companies like Netflix or Amazon VOD for video content.

According to DigitalSmiths Corp’s "Video Trends Discovery Report", only 27.1% of respondents have made purchases from the cable company’s VOD menu.   For comparison, 41.7% pay a Netflix monthly fee and 48.2% use a subscription over-the-top service.  This has cable companies worried.  They’re worried that money is flowing to other companies when it could be going to them.

Of course, the reason that this money isn’t flowing to them is that companies like Netflix are providing a better service.  There is more on Netflix for me and my kids to watch than on all of my cable providers’ VOD channels put together.  In addition, it works smoother, has a nicer interface, and costs less.  Is it any wonder that we "cheat" on our cable company with Netflix?

Even though this report is recent, some cable companies have already seen this coming.  They have tried taking "precautions" in the form of low usage caps and overage fees instead of improving their VOD services.  Time Warner Cable trialed caps as low as 5GB, but withdrew them when people complained about how low they were.  They later brought them back as an "optional service" where you would save $5 a month but get a 5GB cap.  Of course, every 1GB you went over cost you $1 so the savings were minimal, if any.

Usage caps, especially low ones, mean that users who watch videos online will have a hard limit on how much online videos can be watched.  Make the caps low enough and the overage fees high enough and Internet video becomes too expensive to use.  Even a customer does use Internet video, the cable company winds up getting more money.  This is a win-win for the cable company, but a lose-lose for consumers.

Unfortunately, most customers don’t have much of a choice in their ISP.  In my case, my only choice of broadband is Time Warner Cable.  If they decided to implement low caps tomorrow, I’d have no recourse.  They wouldn’t have an incentive to provide me with better service because there would be no competition.

Still, the Internet video genie is out of the bottle and no amount of trickery from cable companies will get it shoved back in.  In fact, when you get right down to it, I find the term "cord cheater" to be insulting. "Cheater" implies that I’m doing something wrong and possibly illegal by paying a company other than my cable company for video services.  I didn’t.  Everything I did was perfectly legal.  If the cable company doesn’t like it, then they need to compete with a better service, not scare tactics and rhetoric.

NOTE: The "HDTV" image above is by jgm104 and is available from OpenClipArt.org.