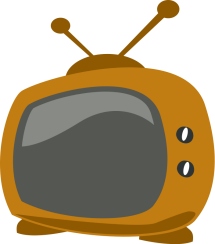 This past week, the boys and I have been discovering some old classics both on television and book form.  Growing up, I was a big fan of He-Man and the Masters of the Universe.  I would tune in every day to see what new schemes Skeletor had come up with and how He-Man and his friends would defeat the villain.  I even had many of the toys.

Fast forward thirty-something years and I noticed that He-Man is on Netflix.  I had toyed with the idea of introducing the boys to it for awhile, but decided to rewatch it myself instead.  One piece of advice to anyone thinking of reliving their childhood by watching old cartoons you grew up on:  Don’t.  Don’t watch them again.  Chances are, you’ll find the writing horrible and the animation simplistic.

I experienced this first when I watched the first episode of Voltron for the first time since my childhood.  I remembered an incredible show where five folks board robot lions that somehow combine into and incredible, evil-busting robot.  I saw a show with plot holes big enough for Voltron to fly through and animation that my memory had clearly digitally enhanced to make it seem better.

He-Man fared little better during my re-watching of the show.  It seemed very simplistic animation-wise and plot-wise.  To begin, I showed the boys the 2002 reboot under the theory that the more recent show (which I had watched when it aired as half-guilty pleasure and half-nostalgic remembering) would be better than the older one.  Before the boys could finish the reboot, though, NHL found the old show.  They began to watch that one.  After an off-hand comment by me, NHL then sought out She-Ra and watched that as well.

Oddly enough, as the bad writing was making me cringe more than Adam’s fearful pet (named Cringer for those non-He-Man fans out there), the boys were thoroughly enjoying the show.  They didn’t care about the poor animation quality or the bad writing.  All they knew was that He-Man was very strong and would constantly beat Skeletor no matter what evil plot he concocted.

On a personal level, I’ve been delving into a classic myself: Hitchhiker’s Guide to the Galaxy.  I had heard a lot of good things about this book and even got familiar enough with some of the often quoted lines to repeat them to people at the proper times.  (For example, giving "42" as the answer to any question asked of me.)  However, I had never actually read the book.  20 Geek points from TechyDad!

(Yes, I did just make a quasi-Harry Potter reference while writing about Hitchhiker’s Guide.)

Two Kindle eBook borrowings from the library later, and I’ve read both Hitchhiker’s Guide to the Galaxy and The Restaurant at the End of the Universe.  (The latter I read in under 24 hours.)  I’ve now moved on to Life, The Universe, and Everything.  I’m really enjoying these books and keep wondering why I didn’t read them sooner.

What classics have you read/watched recently or have you introduced to your children recently?

NOTE: The "cartoon tv" image above is by rg1024 and is available via OpenClipArt.org.