Letting Your Child Shine (Or Fail) 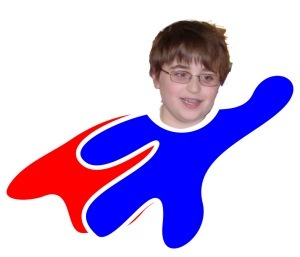 When you have a child, the instinct to protect your kid from all pain and sorrow is powerful.  It gets even stronger if your child has special needs.

I know that NHL’s Asperger’s and anxiety creates barriers for him that other children don’t have.  Depending on the activity, NHL might be more likely to fail than a neurotypical child. And when he fails, it is more likely to be a horrible mess rather than a near miss.  Adding to this are the many horrible messes I’ve encountered in my life.  There are the things I’ve tried and failed at and the things/people who hurt me.

This has led me to instinctively try to protect NHL.  When he tries to do something, my mind immediately lists all of the ways that it could go horribly wrong.  Where NHL sees enthusiastic fun, I see horrible crash and burn.  I wind up holding him back.

This was the case the other day when we were seeing an improv group for his school.  He kept trying to raise his hand and I, sitting right behind him, kept gently pushing his hand down.  Towards the end, they began to ask for more volunteers.  NHL, as always, raised his hand.  I decided to let him, knowing that it was close to the end and seeing all of the other hands raised.  There’s no way he’ll be picked, I thought.

I was powerless to stop him and could only hope that the crash and burn wasn’t too bad.  NHL was told to act like a pigeon when his turn came up as part of the ad lib.  Then, NHL did something surprising.  He waited his turn and put on a perfect pigeon imitation.  Whereas other kids just stood in one spot and made one or two motions to ad lib, NHL bounced around, flapped his arms, and pecked just like a pigeon would.  He couldn’t have been more pigeon-like without growing feathers.

He returned back, giving me and his teacher a high-five.  He proved me wrong and made me realize something.  When he says he can’t do something, my advice to him is invariably that he can.  However, by trying to keep him from failing, I was implying that he couldn’t do some things.  I need to take my own advice and let him try.  I can still look out for him by providing my advice, but in the end he needs to try these things out for himself.  Will he fail?  Sure.  But he will also rise higher than either of us thought was possible.

NOTE: The image above is a combination of a photo of NHL and “super hero flying silhouette” by laubc which is available from OpenClipArt.org.