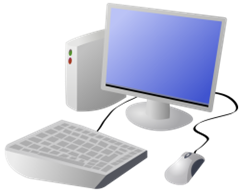 The Internet is under attack.

The problems began when some cable ISPs saw some Internet companies 1) using a lot of bandwidth, 2) making a lot of money, and 3) competing with the cable ISPs’ existing video offerings.  The cable ISPs began to worry that people would cancel their TV service thanks to Netflix and that couldn’t be allowed to happen.

On one front, cable ISPs have been pushing for data caps.  They claim that this is to “only require users to pay for what they use.”  The problem with this is that the light users won’t wind up paying less.  Instead, heavy users will wind up paying more.  And by “heavy users,” I mean anyone that the cable companies think are sending money to companies other than the cable companies for video entertainment.

Right now, you can watch hours of Netflix for just the price of your ISP connection and your Netflix subscription.  If cable ISPs have their way, though, you’ll hit a limit after the first few hours.  After that, you’ll graciously be allowed to continue watching videos – for a “small” overage fee.

This is a win-win for cable ISPs.  It raises the cost of Internet videos to the point that cable offerings become price competitive.  Also, if people continue to use Internet video, they will wind up paying the cable companies more money.  And since most people have two or fewer broadband Internet providers available to them, people won’t have an “overage free” option.

Bandwidth caps target the users, but the ISPs aren’t satisfied with that.  They also want to provide a “fast lane” for Internet video services to operate faster.  Sounds good, right?  Well, of course, that fast lane will cost more money for Internet companies to access.  In addition, the “standard speed” lane will quickly become a slow lane to provide incentive for companies to “upgrade” to the faster speeds.  (Of course, the ISPs’ own video offerings will be on their own fast lane by default.) I could spend time explaining it better, but John Oliver already has:

After John Oliver called for Internet commenters to submit comments to the FCC’s website, they were flooded with comments.  So many comments, in fact, that the FCC’s website went down.  As of this writing, there are over 45,800 comments.  Of course, the Internet needs everyone to participate.  After all, the big ISPs have a lot of money to use in their fight to rig the system.  The head of the FCC is even a former lobbyist.  The only thing we have is sheer numbers.  Our only hope, at this point, is the fear politicians have when masses of citizens oppose something.  If we can flood the FCC with comments opposing Internet fast lanes, perhaps they will scuttle the plan.

Many of us spend hours upon hours online.  We can’t let a few big companies ruin the Internet for the rest of us because they are afraid of the future.