Playing The Think Of The Children Card 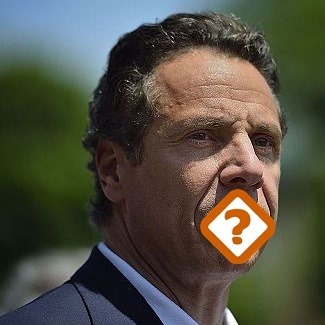 Recently, New York Governor Andrew Cuomo defended tying high stakes tests to teachers jobs. Instead of talking about any actual issues students and teachers face, Cuomo said: "We have teachers that have been found guilty of sexually abusing students who we can’t get out of the classroom."  Yes, Governor Cuomo was claiming that, somehow, high stakes tests would expose teachers wrongdoings. I could talk about the inability of tests to measure teacher performance or how high stakes tests just lead to teaching to the test. I’ll address how high stakes don’t reveal inappropriate sexual relationships later in this post. Instead, right now, I’d like to address the root cause of this statement.

Politics is a process where people of different opinions come together and work out a compromise. In an ideal world, that is.  In the real world, politics can often be the art of hiding your true intentions and scaring your opponents into submission.  When it comes to this, there are two phrases that can work to a politicians’ advantage: "Think of the Children" and "Terrorism!"  These are designed to silence opposition and bolster support.  Anyone who asks any uncomfortable questions or voices their opposition a little too loudly is branded as a traitor who either wants to see kids hurt or wants to see terrorists attack America.  People don’t want to be seen in this way – especially not other politicians – so some people will think twice before confronting someone using these phrases.

Before anybody thinks "this post is pro-Party A or pro-Party B", both parties engage in this behavior.  I’m taking all politicians who use this to task no matter what politician party they belong to.  In addition, this isn’t a new phenomenon.  There is a long political history of this, though the phrases have changed.  Back in the days of Senator Joseph McCarthy, opposing him and questioning his list could get you branded as a "Communist."  People didn’t want that label slapped on them so they stayed quiet.  A lot of people’s lives were ruined before McCarthy and his list were exposed as frauds.

The problem with these phrases is the same as their strength.  They silence opposition.  They stifle debate on the subject.  The promote advancing an agenda based on fear of reprisal as opposed to an honest discussion of viewpoints.  In addition, they cheapen the very things they claim to protect against.  Yes, there are times when children’s lives are on the line.  In those instances, it might be appropriate to say "think of the children."  However, when it is used in every third speech, it becomes the political equivalent of crying wolf.  Everyone gets so used to cries that kids will be harmed and/or that terrorists will attack that any actual threats are treated as political rhetoric.

When a politician declares that we must do X to "protect children" or to "prevent terrorism", you should always stop and question the politician’s motives, examine the course of action’s effects, and demand proof for everything.  In the case of high stakes tests tied to teacher jobs, Andrew Cuomo has demonstrated time and again that he is anti-public-school-teacher.  He wants to open more charter schools and would love to shutter as many public schools as possible.  They might not all be able to be shuttered since charter schools tend to only accept certain students, i.e. kids without special needs.  So he might to keep some underfunded public schools around to shove the special needs kids in.  As a bonus, he can point to how those schools are failing (since resources are going to charter schools and they need to spend more of their limited resources on special services) as reason to open even more charter schools.

Additionally, the teacher’s union refused to endorse Andrew Cuomo in the election.  They didn’t go so far as to endorse his opponent, but politics is often a game of "make a public show of supporting me… or else!"  Had Governor Cuomo harbored any thoughts of working with teachers, those were ditched once they didn’t support him.  Their lack of support needed to be punished so he’s ready to paint all public school teachers as lazy sexual offenders who are failing our kids.  That’ll show the union that next time they’d better fall in line.

With the motive in place, we need to look at the action’s effects.  Suppose Governor Cuomo goes forward and institutes high stakes tests tied to teacher jobs.  We’ll also assume (for the moment) that he’s right that there are a lot of teachers committing sexual abuse of students.  Governor Cuomo is insinuating that these tests will somehow root these teachers out and let us fire them.  The problem is that tests can’t possibly measure whether or not a teacher is having an inappropriate relationship with his or her students.  There’s not going to be a "fill in the bubble on where your teacher touched you" question.  (At least, I hope not, but I probably shouldn’t put it past Pearson.)  At best, you might be able to tell that a specific teacher’s class doesn’t meet the state-set standard.  This doesn’t mean that they haven’t learned the material and instead were having classroom orgies, however.  Instead, it could be due to various factors like kids who don’t test well (possibly special needs), a poorly designed test, or perhaps even a teacher who taught his kids well – but just didn’t spend a lot of time trying to teach to the test.  (So the kids learned a lot but just not what was on that specific test.)

Finally, we get to evidence.  Governor Cuomo claimed that there are teachers who have been found of sexually abusing students who can’t be fired.  I demand proof of this.  The merest allegation of sexual wrongdoing is usually enough to ruin a teacher’s local career.  Teachers who face this, might need to move districts – especially if the media was involved.  No matter how certain a jury finds a teacher innocent of all charges, some people will be convinced that the teacher whose face was plastered on the cover of the paper with the headline "LOCAL TEACHER ARRESTED FOR SLEEPING WITH STUDENTS" was guilty.  If the teacher was proven guilty, they can easily be fired and teachers have been.

I’m not going to claim that all teachers are angelic creatures only devoted to helping their kids learn.  In any profession, there are rotten eggs and teaching is no exception.  Look at enough teachers and you’ll eventually find one who did something bad to his/her kids.  However, finding this one exception does not mean that you get to declare him/her the rule and paint all teachers with that brush.  If he wants to play this game, we can certainly find plenty of corrupt politicians – does this mean that Andrew Cuomo is corrupt?  Perhaps he should take a high stakes test to determine whether he’s fit to keep his position.

Remember, real-world politics is (sadly) a game of "silence your opposition and push your agenda through by any means necessary."  Dirty tricks and smear tactics are a politicians’ conventional weapons of choice.  Don’t be fooled though.  Always question what they say and why they are saying it.  Perhaps if we "test" enough of their statements, the stakes will be raised high enough on them to weed out the bad politicians.

NOTE: The image above is a combination of a photo of Governor Andrew Cuomo taken by Diana Robinson and released under the Creative Commons Attribution 2.0 Generic license and "Simple Question Sign" which was posted by boobaloo on OpenClipArt.org.