Putting Too Much Trust In Google Maps 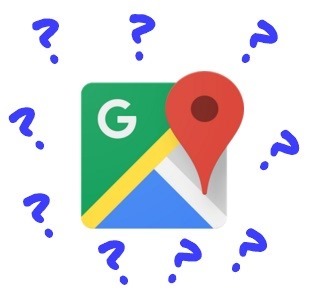 I’ll admit it: I have an awful sense of direction. While my father seems to instinctively wind his way through strange streets to discover previously unknown shortcuts, I can take wrong turns going to destinations that I’ve been to a dozen times.  Thanks to the age of smartphones, I’ve come to rely on Google Maps to get me to my destination.  While it can be reliable most of the time, when it fails me, it fails spectacularly.

A few months ago, we were trying to get to a local trampoline park for a birthday party. We plugged the address into Google Maps and let it be our guide.  After a series of twists and turns, it declared that we reached our destination.  We could even see the trampoline park on our right.  There was only one problem: We were on a major highway with no method of going into our destination. Apparently, Google wanted us to park in the middle of the highway and walk over to the trampoline park.  After passing it, Google recalculated and we eventually arrived.

A couple of nights ago, though, NHL and I  topped this tale.  A classmate of NHL’s was celebrating his Bar Mitzvah.  We had printed directions and B implored me not to use Google Maps.  Of course, this meant that I insisted on using Google Maps.  Google didn’t fail me right away.  We wound through some dark main roads that I’ve never been on before but Google insisted we were closing in on our destination.  Then Google said we arrived.  Except there was nothing there but residential driveways.  I figured that the entrance was likely a dark path that we passed so I went straight until we reached a street to turn on.  I noted that the street has a sign that said "Henry Hudson Park." (This will be important later.)

We slowly drove back along the road but couldn’t find an entrance.  I pulled into a closed down store to figure out our next step. Looking at the printed directions, I noted the road just before our destination and put that into Google. Bingo! Google said it was close by.  Google had us turn onto an even darker road.  From the start, I got the feeling that this was a bad idea.  The road was a dark, unpaved, single lane with no room for turning around and bare trees growing all around.  I felt like we had stumbled onto a horror movie set.  I half expected the car to die and a man with a chainsaw to run out at us.

After winding our way up the road, we passed by a house.  By this, I mean we drove along their driveway, around the rear of their house, and back to the front.  We likely spooked them in the process.  Eventually, I conceded that we were lost.  We stopped at another house, I rang the doorbell, and asked for directions.  The man who answered was very nice and agreed that Google often mistakes their private road for a public access way.  He knew exactly where I was trying to go to and gave me directions.

Of course, my sense of direction being what it is, this isn’t the end of the tale.  I took another wrong turn, had to turn around twice, and ask one more couple for directions.  By this point, we had closed in on our destination and were only a minute or two away.

We arrived (with many cars coming from the opposite way on the street) and NHL had fun at the party.  When it was time to leave, I decided to try the path that I saw the cars coming from.  As we reached the end of the street, there was a sign: Henry Hudson Park.  Yes, this was the street we turned around on.  Had we gone up 400 feet more, we would have seen the entrance.  Instead, we went on a three mile scary detour.