The Right Age For Social Media 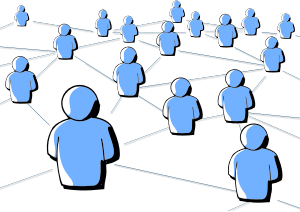 Recently, I saw my sister, brother-in-law, and my nephews to celebrate my nephews’ birthdays. While there, we played around with a fun new app called MSQRD (as in "masquerade") that changes your face to look like someone – or something – else’s.

After taking a few photos of my nephew with it, he asked me to email him the photos. It turns out that both of my nephews have Gmail accounts. Although they primarily use these for school, it got me to thinking. NHL and JSL (who are around the same age as their cousins) didn’t have email addresses. I began to wonder whether it was time to introduce them to email? If so, then would the introduction to social media be far behind?

I’ve long compared the Internet to a city. There are some great places to visit, great sights to see, and a lot to learn. Unfortunately, there is also a lot that is inappropriate for children (at best) and harmful to children (at worst).

Recently, Microsoft released a chat bot named Tay onto Twitter. It would interact with people online and learn from them. A mere twenty four hours after it was released, though, the chat bot turned racist. It started making racist comments about Hitler and President Obama. Needless to say, Microsoft took it offline.

The chat bot was essentially the equivalent of a small child and it was released onto the electronic equivalent of a seedy bar. Was anyone surprised that it learned some less than appropriate phrases?

Then there’s the bullying factor to consider. When I was young, I was tormented by bullies and they didn’t have access to social media. Social media can be a positive experience . Unfortunately, the same power that lets people from far away connect based on similar interests, also gives bullies a global platform from which to terrorize.

All of this means that, while NHL might be a year away from qualifying to sign up for social networks, we’re not likely to allow him to sign up soon. Even when we do, there will be limits and supervision at first. We’ll be required to have the password to his social networks so we can monitor the conversations. If anything raises red flags with us, we can talk to him about it and help him decide the best course of action.

How are you handling your children and social media?

NOTE: The image above is "Social Media 2" by GDJ and is available from OpenClipArt.org.