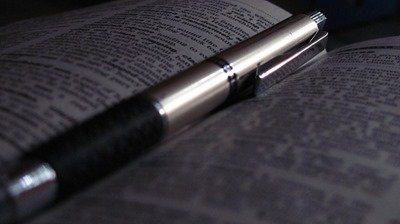 I might have mentioned this a few times, but I’m writing a book. My personal goal was for it to reach 50,000 words, but obviously it’s over when the story says it’s over. Right now, I’m over 48,000 words with at least another 5,000 to go. If everything aligns properly, I might even hit 60,000.  Along the way, there are some book writing lessons I’ve learned.

For years, I’ve started the same pair of stories only to stop writing after a few weeks. The general world I was building my story in was fine, but I just didn’t feel the drive to finish. This time, though, I have JSL driving me on. He’s been so interested in my story that his enthusiasm has pushed me on when I might otherwise have let the writing slide.

I’ve written my story primarily using Google Docs. Not because it’s particularly well suited to novel writing (it really isn’t), but because it’s always available no matter where I am. If inspiration strikes at 1am, I can open up the file on my phone and type out some notes without getting out of bed. If I’m on the go, but need to wait for a few minutes, I can open my story and add to it.  Eventually, I’ll move the story to a more conventional word processor for final touch ups, but for now Always Available trumps Perfect Formatting.

Back in college, I wrote quite a lot. People liked my writings and I decided to try to get something published. I sent a story to a well-known magazine that published stories like my submission. A few weeks later, I got the news.  My story was rejected.

What I should have done was shrug my shoulders, write more, and submit to other magazines. Instead, I took the rejection personally (despite the fact that it was a standard form letter) and decided I wasn’t going to write anymore. I picked it back up here and there but not with the same gusto.

Had I not let a single rejection derail me, who knows how many stories I could have had published by now.

Publishing Has Never Been Easier

Back when I was rejected for publication, there was only really one way to get published. You sent your work to a magazine publishing house and hoped they picked yours from their giant stack of submissions

Nowadays, it’s simple. You format your file and send it off to CreateSpace or another on demand publisher.

Talk To Other Writers

When it became clear that my short story was expanding to novel length, I mentioned my project to some co-workers. They revealed that they had written and published their own novels and gave me some great advice on going from "The End" to "This is my book in my hands." At the very least, when you encounter a writing roadblock, it can help to know that others have been there before

Stories (And Characters) Have Minds Of Their Own

I first learned this when my short story decided to veer into novella territory. It turns out that telling your story just how long it needs to be is a useless endeavor. It will end up as long or as short as it decides to be. You have very little control over this.

Unfortunately, the story had other ideas. Now the prophesy is going to wind up being incorrect. This means that I’m going to need to go back and rewrite the prophesy after I’m done with the story.

Finally, characters can invent themselves. I was at a point in my tale when all of the important main characters should have been introduced. What was meant to be a quick intermediate scene with just my main character turned into my main character and a new character. This character won’t be a big factor in the current book but might just play a bigger role in the next one. (Yes, I’m already planning the sequel. I might even make this a trilogy.)

Read (And Reread) Your Own Work

I’ve been reading the book to JSL as I write it. Although he’s fallen behind. It’s forced me to reread my own writing. Not only does this let me pick up on autocorrect induced mistakes, but it shows me sections that flowed well in my head but not when read aloud. When this happens, it’s usually an easy matter of correcting the mistake or rephrasing a few sentences. Then the passage flows better and my entire work winds up improved.

I’m really enjoying the entire writing process. Sure there are days when I get stuck but those other days when it feels like I can’t stop writing are wonderful. I just love the feeling of the story flowing from my fingertips as if it were alive and I was just a conduit for it to come to life. I can’t wait until I’m holding the finished product in my hands.

NOTE: The "book and pen" image above is "Of Words and meanings…" by Trilok Rangan.  The image is available via Flickr.com under a license that allows commercial use with attribution.