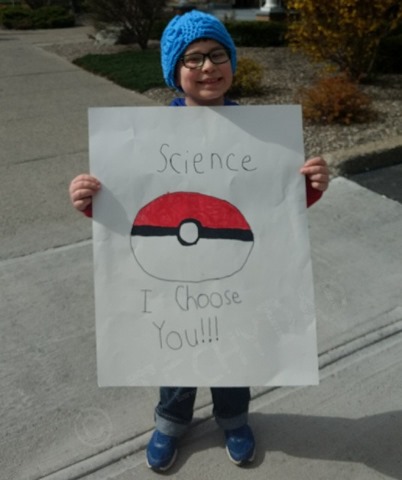 One of the many scary moves that the current administration has taken has been a disregard for science. Whether it’s declaring climate change a “hoax” or candidate Trump insisting that vaccines cause Autism or massive cuts to the EPA, the Trump administration has taken action after action against science. Scientists, as well as people who are in favor of supporting science wanted their voices heard. Thus, the March For Science was born.

Like the Women’s March before it, the March for Science was a series of marches that took place all around the world. Our local March for Science differed from our local Woman’s March in many ways, though. While the Women’s March involved a march first followed by speakers, the March for Science began with science demonstrations by local colleges and companies. It was hard to get to some of these tables due to the sheer number of people around them – especially kids. I’m not going to fault the march for this, though. If anything, it showed how many people love science.

After the demonstrations, there were a series of speakers. Our local Women’s March suffered here with the sound system not being good enough. (A consequence of there being way more people than they projected – so it was a good problem to have in some ways.) I’ll admit that I couldn’t hear much from the speakers, but then again, we weren’t positioned well. We behind the stage and to the side so the sounds of cars and people around us drowned out much of the speakers.

While the speakers were talking, we spent much of the time looking at the amazing signs that people had made. Since the march coincided with Earth Day, many of the signs carried pro-environmental protection messages. A few were anti-Trump specifically, but many supported science without directly referencing the President. 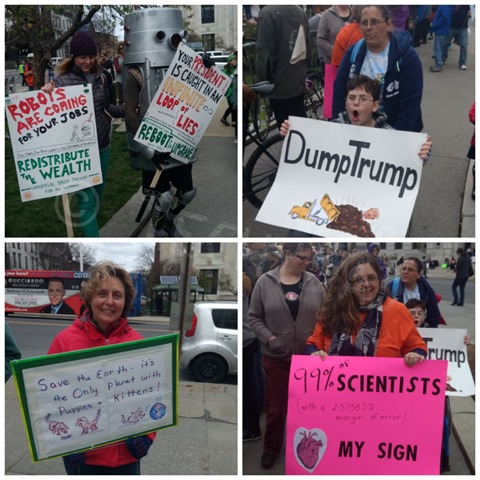 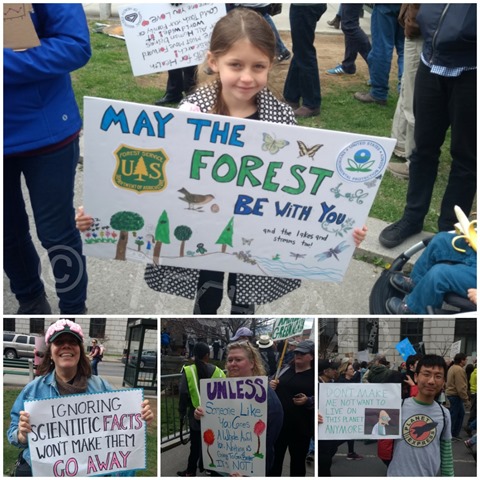 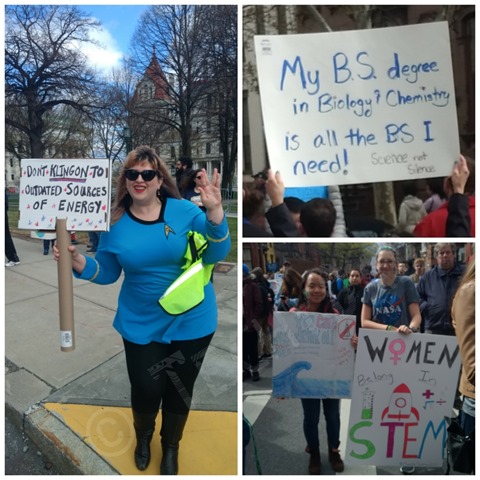 I had made my sign earlier in the week and was very proud of it: 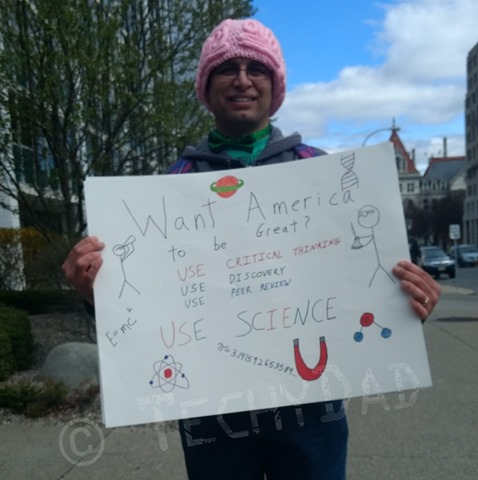 JSL one-upped me, though. While brainstorming ideas for him to make into a sign, I heard NHL watching Pokemon and joked “Science, I choose you!” As soon as I jokingly said it, though, our eyes went wide and we knew that had to be his sign. He sketched it out and made the sign himself. (The only help I provided was holding the poster board still so it didn’t move as he traced the lines.) JSL’s sign had plenty of admirers and a lot of people asking to take photos of him with it.

Soon, it was time for the walk to begin. This walk was around a block in Albany – about four tenths of a mile. We walked down the street, cars honking as they passed by. At one point, some women behind us started an inspired chant: Stand up for Truth, stand up for reason, science and facts are always in season! (NHL got annoyed at me when I joined in. Teenagers!)

The sidewalk was jam packed and, at one point, we stopped entirely. Science can’t be held up too long, though, so the march continued. When we finished, there were some after events, but we had been there awhile and knew the kids would be fried so we took our leave.

As we left, as with the Women’s March, I felt buoyed by the turnout. The administration might not be a supporter of science, but there were plenty of people in our local area and at marches around the world that do. We’ll keep fighting, keep resisting, and keep demanding that science be unrestrained from political interference and listened to when crafting policies.