I’m always on the lookout for new recipes or meal ideas. Many times, though, interesting recipe ideas are rendered too difficult due to our kosher restrictions at home. So when Moomettes twittered about posting a mock crab cakes recipe using zucchini, I was intrigued. This might be the perfect chance to make “crab” cakes without the unkosher crab. I couldn’t find Moomettes’ recipe, so I did some Google searching and hit upon this recipe. Now I was determined to serve up some crab cake goodness.

I decided to double the recipe off the bat and assembled my ingredients: Zucchinis, Onion, Mayonaisse, Eggs, Bread Crumbs and Old Bay Seasoning. 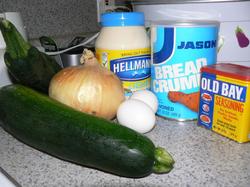 Instead of hand-grating the zucchini and onion, I reached for my handy-dandy food processor. The sharp blades made quick work of those. 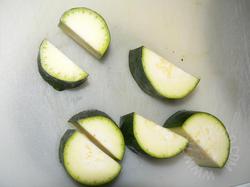 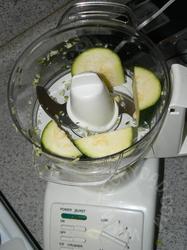 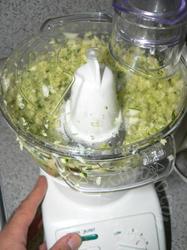 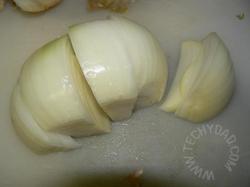 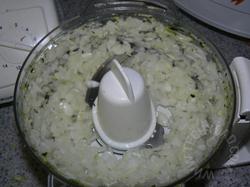 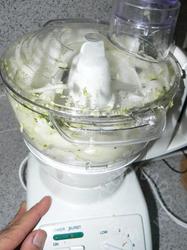 To the Zucchini/Onion mixture, I added the mayonaisse and Old Bay seasoning. 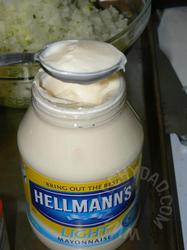 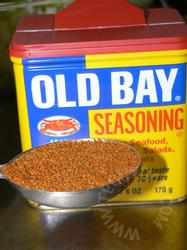 Now it was time to toss in a couple of eggs. 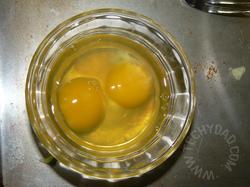 Ahem, make that a couple of scrambled eggs. 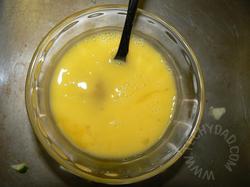 Finally, the breadcrumbs were tossed into the mix. 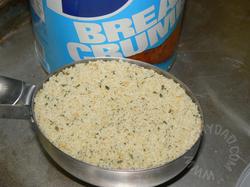 Speaking of mix, the entire batch was mixed together. 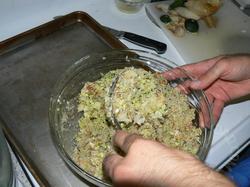 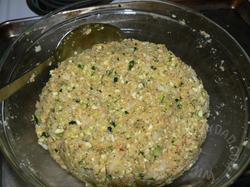 For my next deviation from the written recipe, I decided to make the recipe healthier by baking the mock crab cakes instead of pan frying them. So I sprayed a pan and portioned them out. 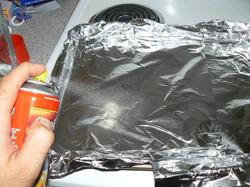 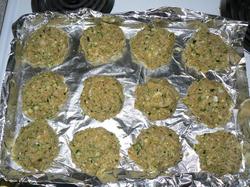 After that, I sprayed the tops of the cakes and put them in the oven. 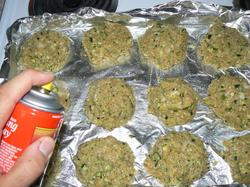 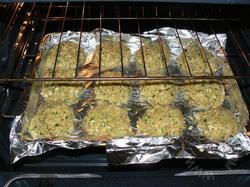 After baking (and flipping) them, it was time to plate and serve. 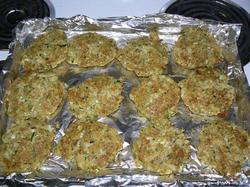 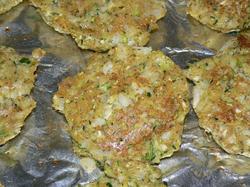 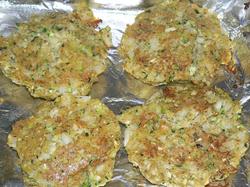 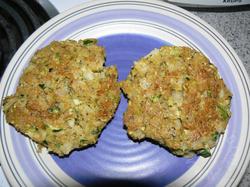 These mock crab cakes were good, but something was missing. We didn’t have any tartar sauce or any other topping. Eventually, we put some thousand island dressing on them, but still something was lacking. Perhaps next time I’ll make my own tartar sauce to go along with it. In addition, the onion flavor was too strong. I suspect that the onion I selected was too large so next time I’ll use a smaller onion. Otherwise, this was a good recipe that I look forward to making again.