Thank you, Elmer. I hereby declare this week Sneaky Weeky at TechyDad.com. I’m going to use this week to celebrate The Sneaky Chef in both book review form and in three segments of Cooking With TechyDad (the first of which starts in a few moments). So please join with me as I slink into the kitchen to cook a few sneaky meals.

*sneaks into the kitchen*

Ok, maybe I’m not going to cook some sneaky meals right now. What I am going to cook is some sneaky purees. These will be mixed into recipes, as instructed by Missy Chase Lapine – The Sneaky Chef. The end result will be a nutritional boost that kids won’t notice. Missy actually has many, many different purees and mixes. Depending on their color and flavor, different purees can be hidden in different foods. For example, the White Puree can hide in eggs, where the Orange Puree would stand out. Meanwhile, the Orange Puree blends into sauces like a ninja where the White Puree might not do as well (changing the color of the sauce more and thus revealing its presence).

So let’s make some purees…. sneakily. First the Orange Puree. Take some yams or sweet potatos (whichever you can find at your local grocery store or farmer’s market) and some carrots. 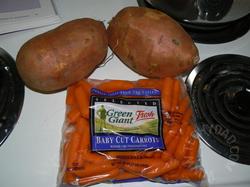 Chop up the yams/sweet potatoes and put them in a big pot. 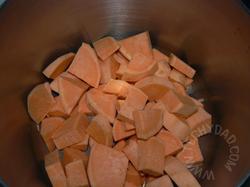 Next, chop up the carrots and toss them in. 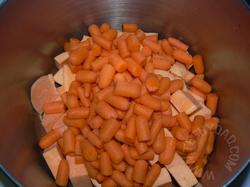 Fill the pot up with water. 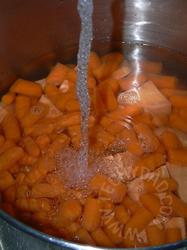 And boil the veggies until they are tender. 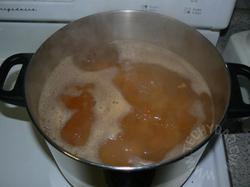 Once they are done, drain them. 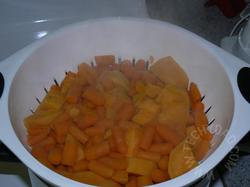 And put them in a food processor with a little water. Puree until smooth. If, like me, your food processor isn’t big enough, you’ll need to do this in batches. 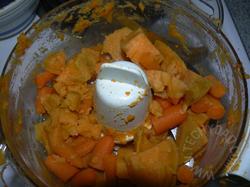 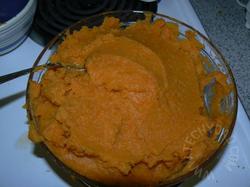 Finally, you have your puree! Hmm…. That’s an awful lot of puree. This will only stay good about 3 days in the fridge. Better bag those up in premeasured portions and freeze them for long term storage. 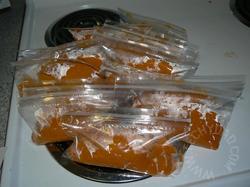 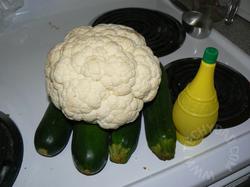 The cauliflower won’t puree right like this so let’s steam it. Put it in a bowl with some water and toss it in the microwave for a bit. 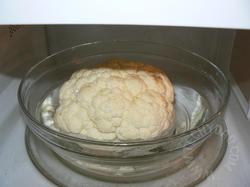 While that’s steaming, peel and chop the zucchini. 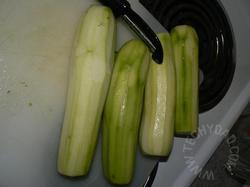 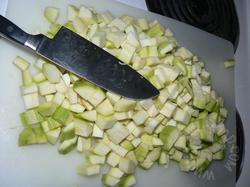 Blend this with some lemon juice. 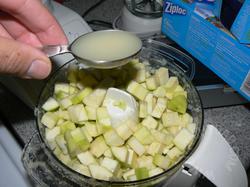 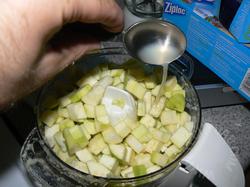 Chop up the cauliflower and add that to the mix, pureeing until smooth again. 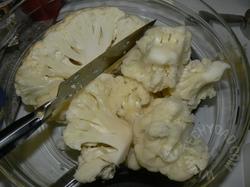 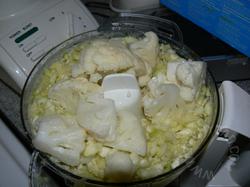 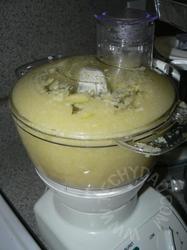 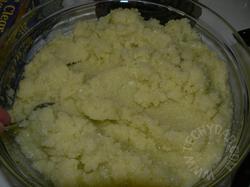 As with the Orange Puree before, measure this out (1 cup per baggie should do) and freeze for long term storage. With the purees done, we’re ready to cook sneakily. However that actual cooking will have to wait for another Cooking With TechyDad installment.