As this post goes live, Passover will be winding down to a close. During Passover, cooking can be quite troublesome. First of all, you can’t use any bread products save for Matzoh. So no breadcrumbs, rolls, toast, english muffins, pasta, pitas, etc. In addition, Ashenazi (that’s Jews of Eastern European descent) have a tradition of banning kitniyot, substances such as corn, beans, rice, lentils and peas which historically could be “contaminated” with grains banned during Passover. This means that most of the dishes I’d usually make are impossible to do during Passover.

Last year, I wrote an Ode to Quinoa. Quinoa (being a seed, not a grain) doesn’t count as kitniyot and so is allowed. Last year, I made a Quinoa Pilaf and a Breakfast Quinoa with honey, cinnamon and milk. This year, while getting ready for Passover, I decided to try Apple Cinnamon Quinoa.

First, I gathered my ingredients. Some apples, honey, cinnamon, lemon juice and, of course, quinoa. 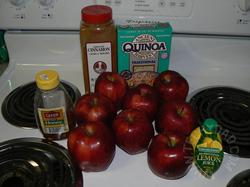 Next, I chopped up the apples. 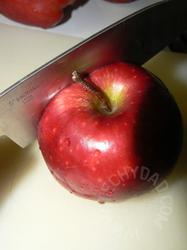 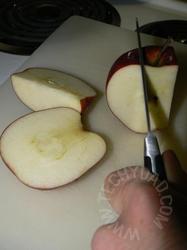 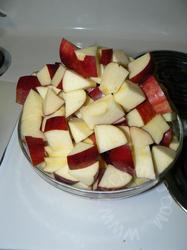 I tossed these into the food processor with honey, cinnamon, lemon juice and water. The whole mixture was processed until smooth. This was done in batches as I had so many apples to work through. 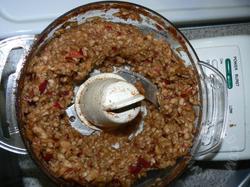 When this was done, I tossed the pureed mixture into a pot, added the quinoa and cooked it for awhile. 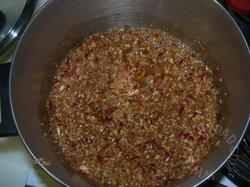 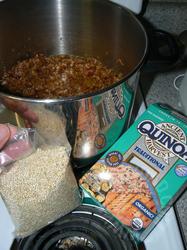 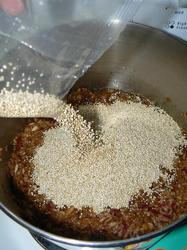 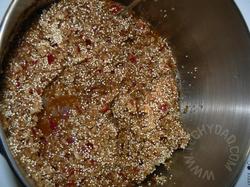 In the end, this tasted good, but was a little too crunchy. I think that I must have done something wrong as the quinoa didn’t soften and “puff up” like it usually does. The recipe definitely has promise, though. 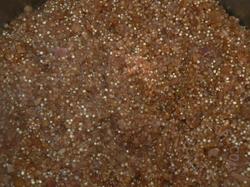 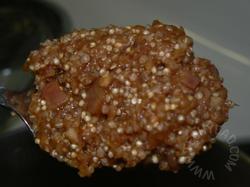