Cooking With TechyDad (and NHL and JSL): Pita Pizzas 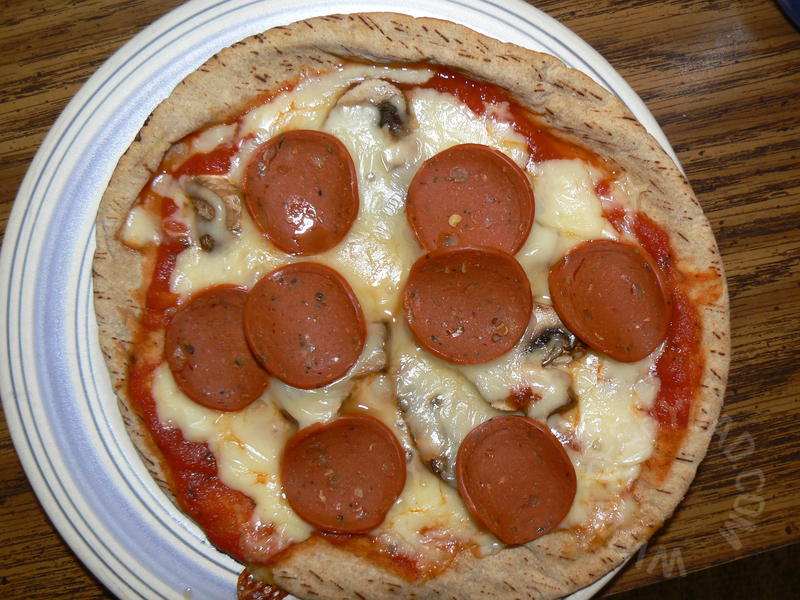 NHL and JSL love the Disney Channel. One of the "mini-shows" they have on (filling time between regular shows) is "Tasty Time with ZeFronk." In this show, a dachshund (ZeFronk) makes tasty snacks which a cat named Dom always steals. After one episode showing Pita Pizzas, NHL remarked that he wanted to try making this. We made a trip to the grocery store and later that week, we were ready to cook.

First, we gathered our ingredients. Pitas, mushrooms, cheese, sauce and meatless pepperoni. (You can use real pepperoni if you’d like, but it’s not Kosher so we use the soy-based variety.) 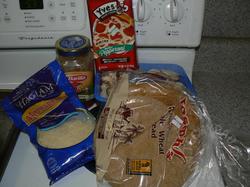 Next, we did what ZeFronk always does before cooking: We washed our hands! 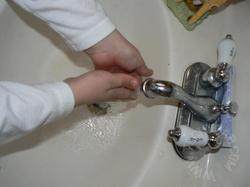 Now, it was time to cook. I laid four pitas down on two cookie sheets. 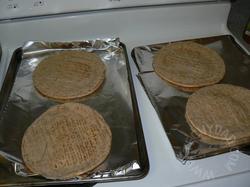 The boys took their positions by the stove, standing to step stools to help them reach. I put some sauce on each of the pitas and the boys used a spoon to spread it out. (There are no action photos of JSL because I was too busy helping him to take photos.) 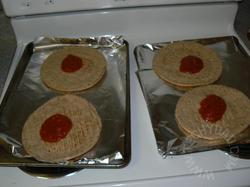 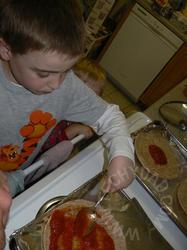 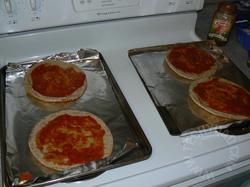 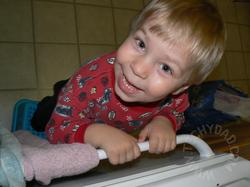 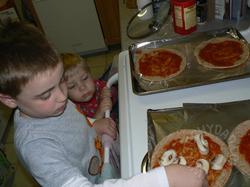 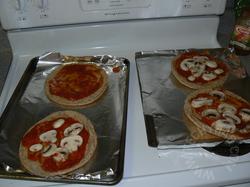 With the ‘shrooms in place, we applied the cheese. 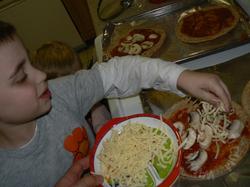 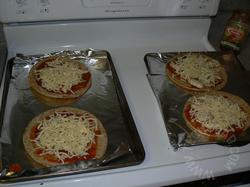 And then the pepperoni. 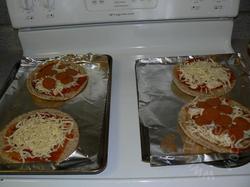 Into the oven they went for 8 minutes. (Obviously, this step was done by me.) 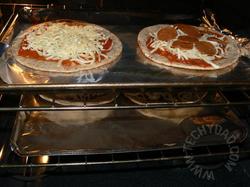 And then we had Pita Pizzas to enjoy! Healthy and tasty too! YUM! 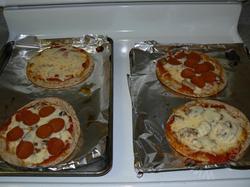 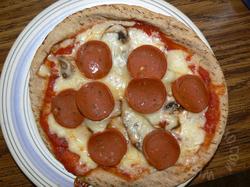