As I stated last week, I’m trying to make at least one dish with each of Peanut Butter & Co‘s peanut butters. Last week was Bee’s Knees and this week it’s The Heat Is On. 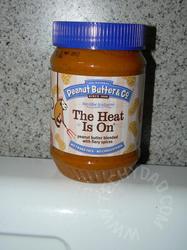 Now, I like spicy food, but this peanut butter just seemed too spicy for my taste. Straight up, that is. When mixed into a dish, it gives just the right level of spiciness and PB-flavor. What makes it spicy, you ask? Well, look at the ingredients (from the Peanut Butter & Co website):

Yes, that combination of ingredients will certainly light a fire on your tastebuds… a delicious fire! 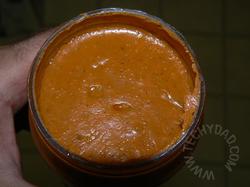 Before we go back to the burgers, one more note. I made a plain peanut butter version of these for B and the kids, since they don’t like spicy. 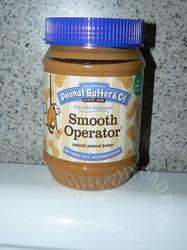 First, I gathered my ingredients: Ground Beef (you could use turkey also), margarine, eggs, a yellow onion, breadcrumbs and the peanut butter. 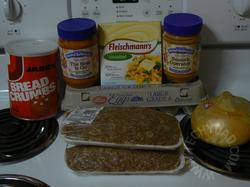 I dumped the ground beef in a bowl. Then I added margerine, eggs and breadcrumbs. 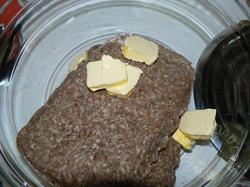 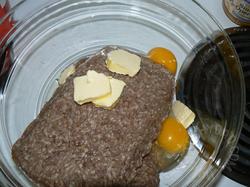 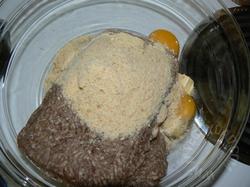 I also grated the onion up and tossed that in. Then I mixed the whole thing together. 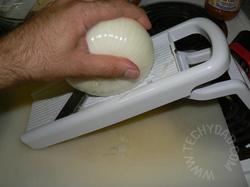 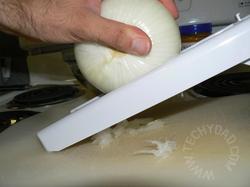 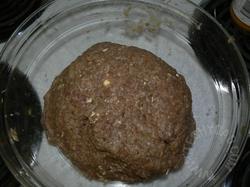 Next, I added in the peanut butter. (This is where I divided the meat up into spicy and non-spicy versions.) 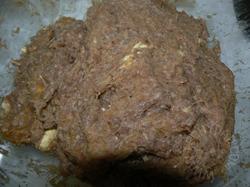 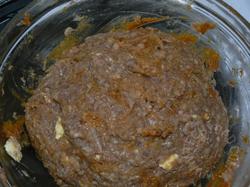 I formed these into patties and put them in baking pans. 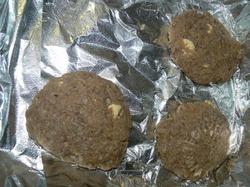 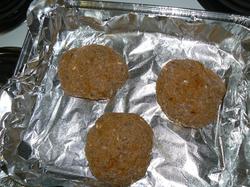 In they went into the oven and, after some baking, out they came ready to be devoured on a bun with some tomato and alphabet fries on the side. 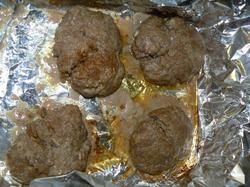 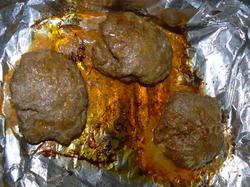 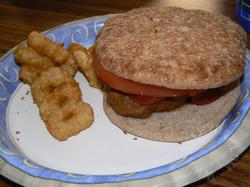 I loved these. B liked them too, but remarked that the texture was less “burger” and more “meatloaf.” I think part of that was the amount of onions that I added. Next time, I might not add as much or leave them out altogether. I also would likely make this with ground turkey next time, but we had beef onhand. JSL refused the burgers outright and NHL declared his Selective Vegetarianism. All in all, I think this is a recipe I could make again with some modifications.