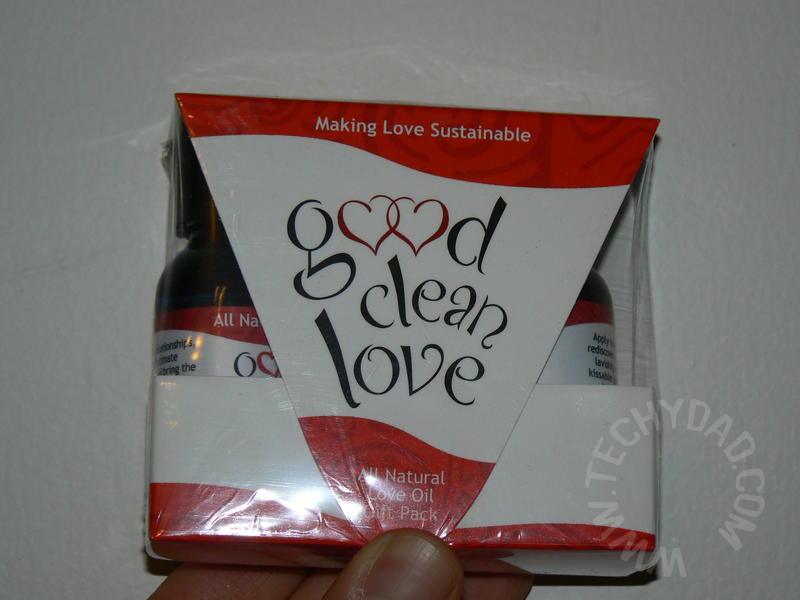 I’ve got to admit, I love giving B massages. However, sometimes it can be tough to massage for long. Dry flesh (hands) plus dry flesh (back) equals friction. We’ve considered massage lotions in the past, but B’s skin is highly sensitive. We buy everything we can fragrance free, especially if it will be touching her skin (like laundry detergent). So rubbing a scented massage oil on her skin never seemed like a very good idea.

In addition, massages will mostly happen at night between the time when the kids are in bed and when we go to bed. If we use a massage oil, we’ll either need to put down some sort of towel (uncomfortable and could shift) or get our sheets messy. Worrying about changing/washing bedsheets at 10pm is not very relaxing! Neither is the prospect of having to shower again after you’ve gotten all ready for bed to rid yourself of greasy skin.

I had heard good things about Eden Fantasys for awhile and wanted to give their site a go. After some recommendations on their forums for massage oils, I decided to try the Good Clean Love Gift Set. I liked that it said that it was made of all natural ingredients and that it didn’t leave any residue. 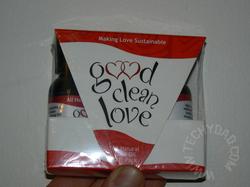 It arrived and we decided to try out the Origins scent. In case it gave her a horrible reaction, we agreed to only use it on part of her leg. Unfortunately (or fortunately depending on how you look at it), the massage got a little out of hand and more than just her leg got the massage oil on it. We gave it a few days to check for reactions but none appeared. Similar results happened with the others.

Just as I had heard, the oil left no residue. Our sheets were able to be left for sleeping on instead of being tossed in for a late night washing. B’s skin was non-greasy. You really couldn’t tell that massage oil had been applied to it. My hands got a bit greasy, but then again they got more oil on them than anything else and are about the easiest body part to clean.

About the only negative that I could find was that the bottle tops got slippery and seemed to undo themselves a bit. It never wound up opening itself up but it frequently seemed to be on the verge of it. Just remember to give the cap a quick twist before opening it up and you’re good to go.

All in all, I’d definitely recommend this product. At first, it might seem pricey at $27.99 for three small bottles, but a little goes a long way. You won’t need more than a five or six drops to cover an entire back. Those three bottles should provide many, many great massages!