Happy Anniversary To My Angel Forever!

I still remember the first time I met B. It was just after Yom Kippur ended and I signed into the Yahoo chat rooms. I had planned on simply killing time until going to sleep. I was soon contacted by “The Angel Forever”, though. A message in my profile (one that I only added a few weeks prior), had gotten her attention and we began to talk. The more I talked with her, the more I knew there was something special about her.

We talked well into the night and many nights later. Soon we decided to swap photos of each other. I nervously opened the photo she sent and was greeted by this gorgeous woman. 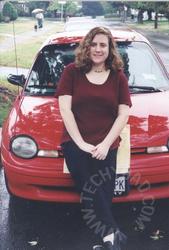 I didn’t know if I was falling in love with B at that point, but I certainly did want to get to know her better. Over the next few months, we would meet in person and visit each other as often as possible. The more I knew B, the more I fell in love with her. Before long, it became apparent to me that I wanted to spend the rest of my life with her.

I came up to visit B one hot weekend early July. Her parents’ AC had broken and B had passed out on the floor. I snuck away and asked her parents for her hand in marriage. The next day, I had planned to take B out to a nice dinner and then for a walk around her block where I would propose. Unfortunately, the restaurant I wanted to take B to was closed. We searched for an alternative and settled on Friendly’s. Not the romantic dinner I envisioned, but we made it do. Then we went back to her house where she plopped down onto the couch because of the heat.

I told her I wanted to go for a walk with her and she declined. I all but dragged her outside. As we rounded the block, I imagined what I would say to her. I tried to work up the nerve to ask her to marry me. I saw her parents’ house getting closer and knew that I was running out of time. I walked in front of her, started to go down on one knee… and saw a swarm of ants right underneath us! I shifted over a foot or two and then dropped to one knee.

B started to tear up and she realized what I was doing. I told her how I wanted to spend every day of the rest of my life making her as happy as she has made me and asked her to marry me. She couldn’t speak but nodded yes. As we walked in, she said that this didn’t get me off the hook of asking her parents for permission. I told her about my little sneak off the night before and, as we walked in the house, she told her parents they were DEAD! (Apparently, they had already informed the rest of the family of the upcoming proposal. Good thing I didn’t lose my nerve!)

On our wedding day, I was truly greeted by an angel and had the great pleasure to call her my wife for the first time. 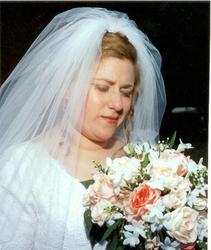 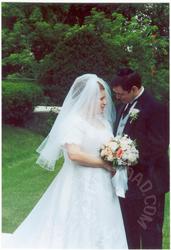 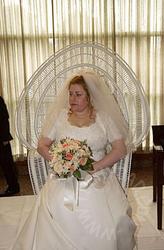 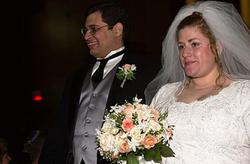 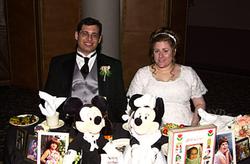 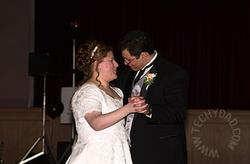 It always amazes me how, just when I think I can’t be more in love with B or find her more attractive, I’m proven wrong (in a very good way). Over the years, we have become parents, home owners, parents again. We’ve had high points and low points. Moments of great joy and moments of great sadness. We’ve argued and made up. We’ve had special moments and mundane moments. B is my wife, best friend, lover and mother of our two great kids. She’s also – despite her protests – incredibly sexy. (Yes you are, B!)