Over the weekend, we went to see Uncle I, Aunt M, and Cousins S & B for Cousin S’s third birthday party. The boys were surprised to find out that a bounce house was going to be part of the party fun.

At 9am, the bounce house arrived and was set up while the kids played on the swings/slide play area that I & M bought since the last time we were there. 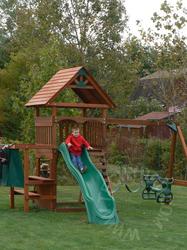 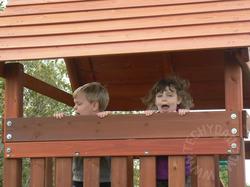 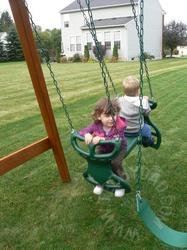 Swinging festivities were cut short, though, as the kids became fascinated by the ever-growing bounce house. 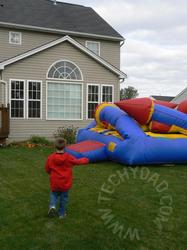 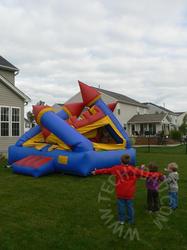 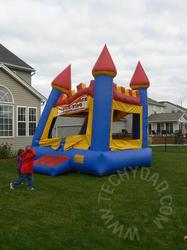 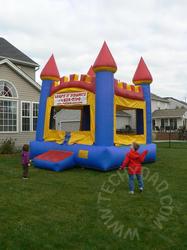 Shoes were kicked off and the bouncing began. JSL was a little hesitant at first, but he soon figured out how much fun a bounce house could be! 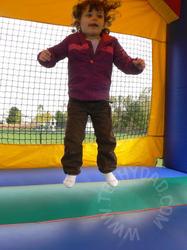 There were also games of hug-and-fall.

After the party ended, and the kids had left, B, JSL, Cousin S, NHL and I had some special bounce-time where I tried to get shots of everyone in mid-air. 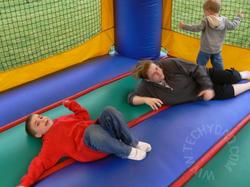 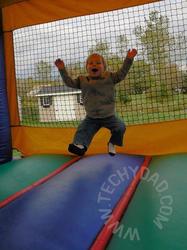 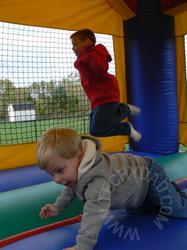 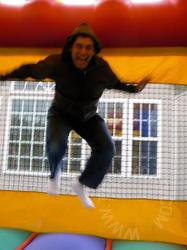 The photo of me is blurry, but it was tough shooting conditions. (Darker inside than outside, fast moving subject *AND* shooter moving as well.)

B kept teasing me by doing grand flops…. when I wasn’t ready to take a photo of her. This led to many a blurred photo of an airborne angel but I did manage to snag a few good ones. 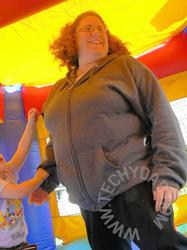 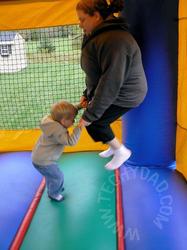 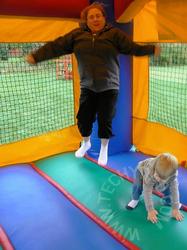 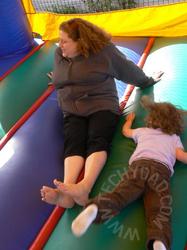 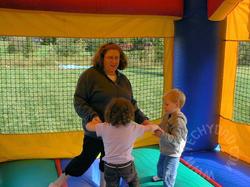 JSL and NHL were sad to see the bounce house go. I see a visit to a local bounce house play area in our future! Thanks, Uncle I and Aunt M for such a fun time and happy birthday Cousin S!